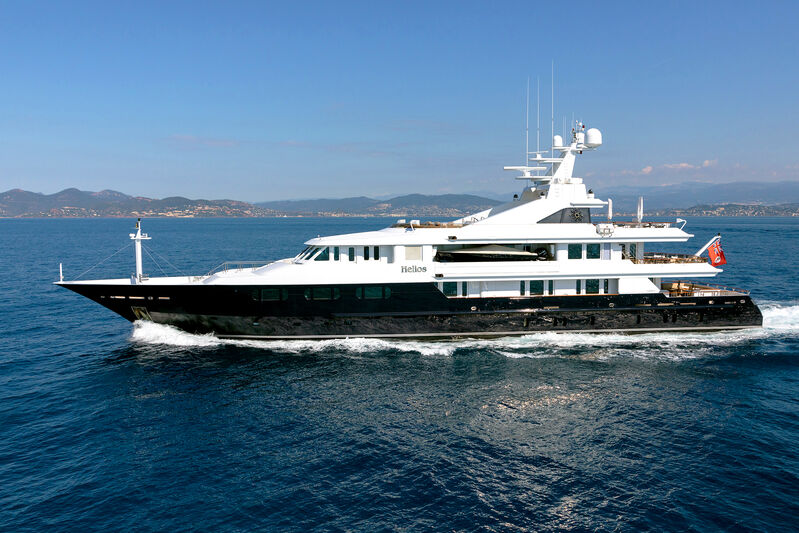 Photo: Edmiston Helios was delivered in 2001 and was presented to the market in immaculate condition, thanks to regular maintenance and refit appointments, with her most recent completed this year. The maintenance work was carried out in Palma de Mallorca, Spain, by STP Palma. 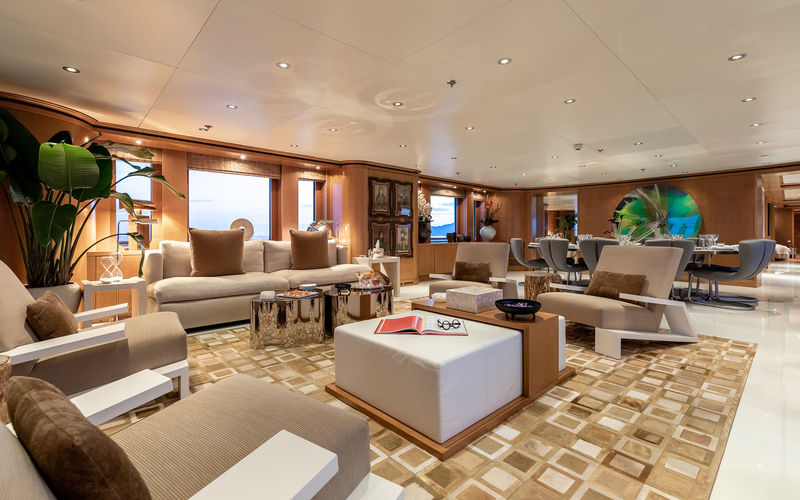 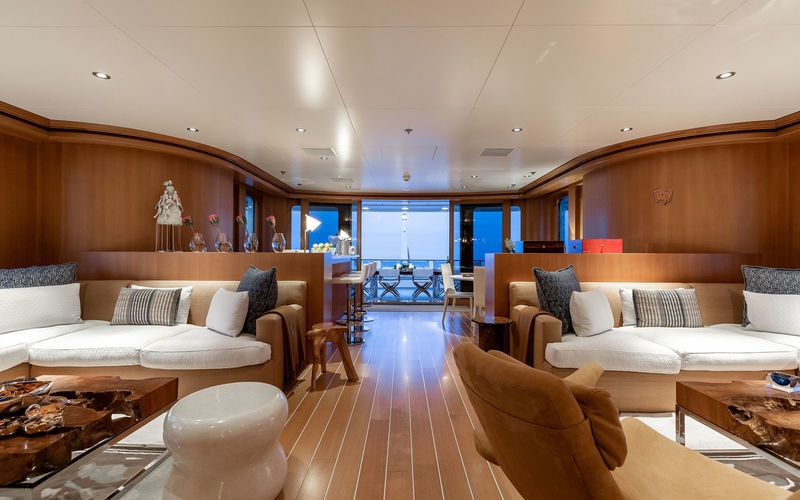 Photo: Edmiston The A Group was responsible for Helios’ exterior styling, while her builder, Oceanco, oversaw her naval architecture. Helios spans three decks and the task to curate her 969 GT of interior spaces was entrusted to Marc Michaels Interior Design. 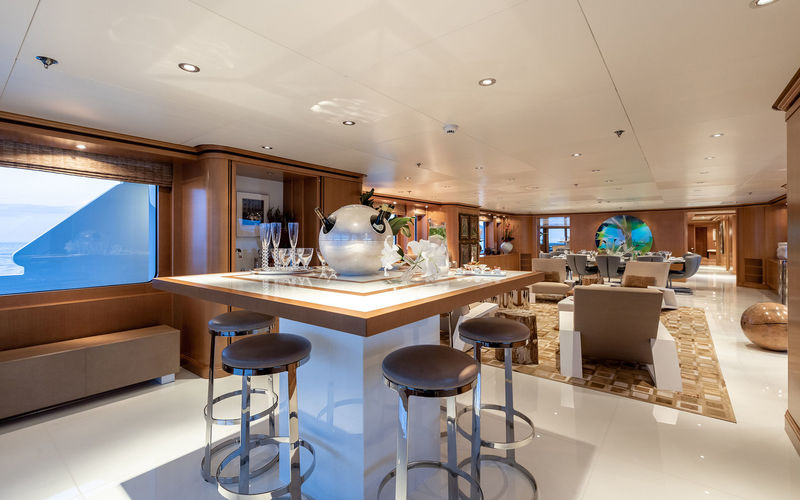 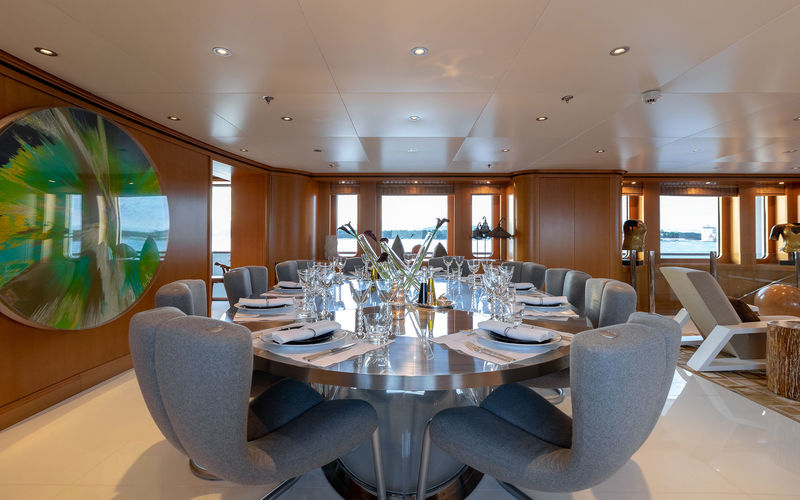 Photo: Edmiston She has since been restyled by Richard Hallberg Interior Design, and the studio opted for golds and beiges throughout, to give her a neutral yet sophisticated feel. 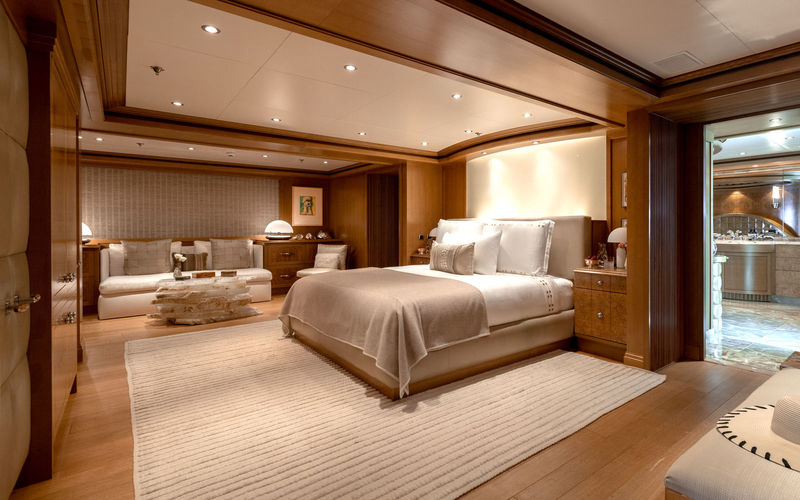 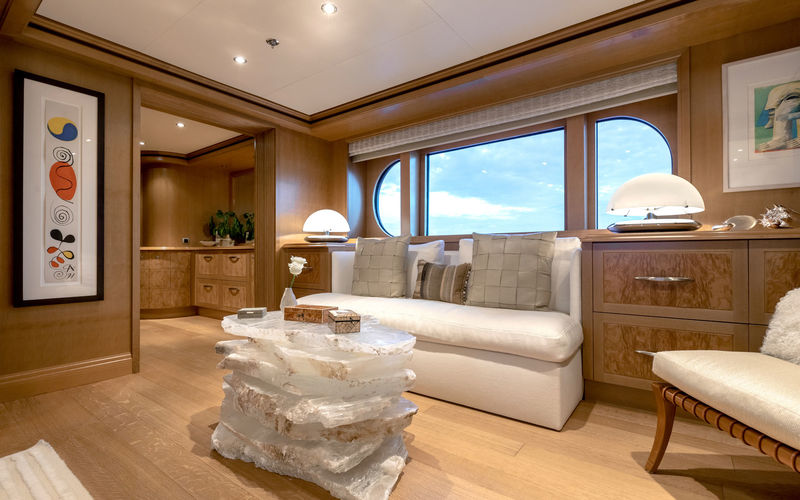 Photo: EdminstonThe superyacht can carry up to 12 guests across seven staterooms, with four king suites, two twins and a sumptuous master suite. Her master suite is located on the main deck and comes complete with a king-sized bed, a full-beam bathroom with a shower and huge spa tub as well as his-and-her toilet rooms and wardrobes and an office area. Helios can also carry 14 crew. 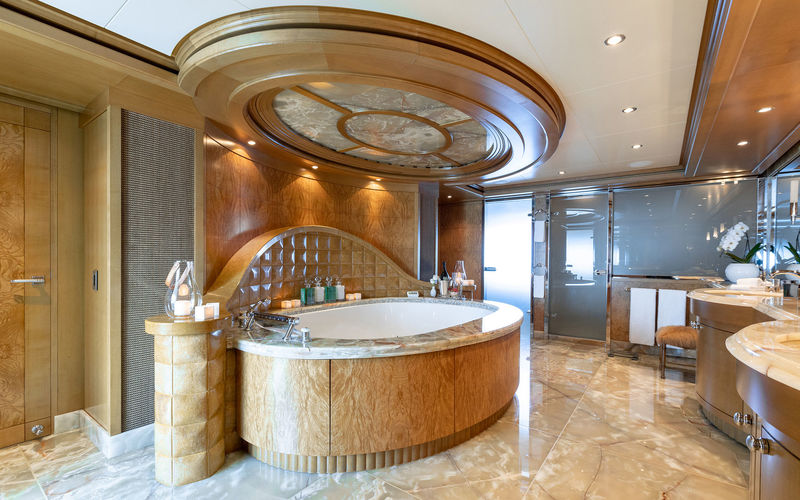 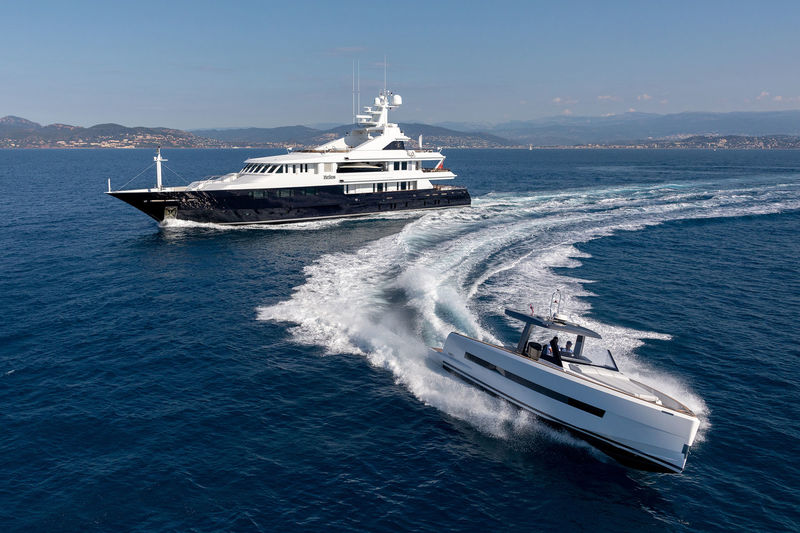 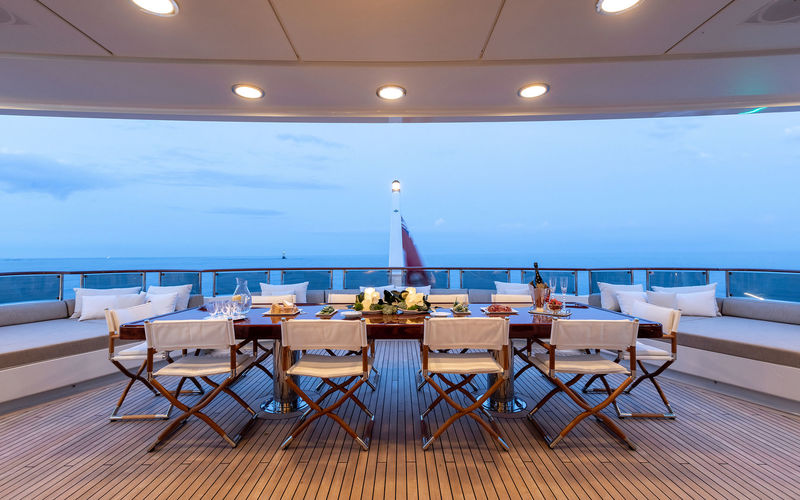 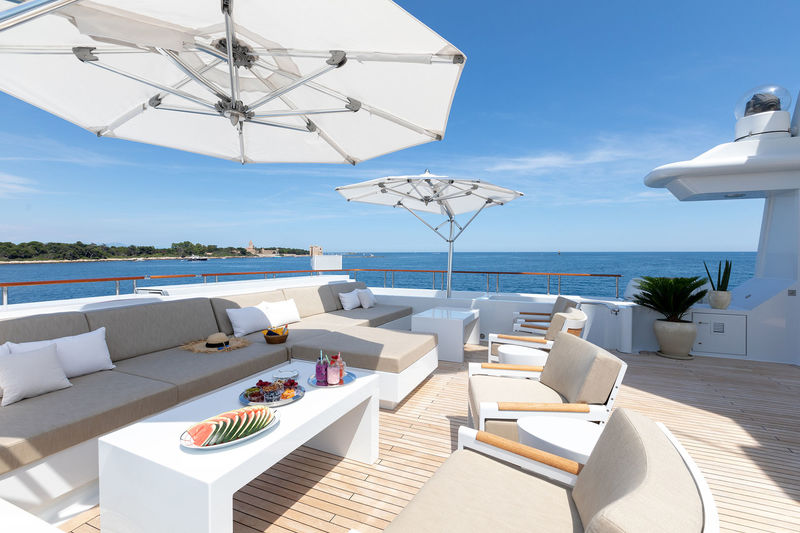 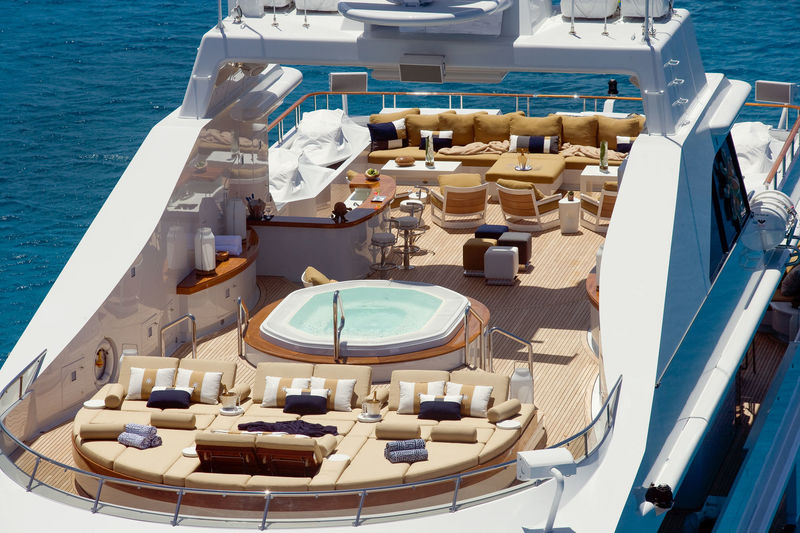 Photo: Edmiston In terms of performance, Helios has been equipped with twin Caterpillar engines that deliver a cruising speed of 13.5 knots and a top speed of 15.5 knots. She was sold with a last known asking price of €37,000,000. 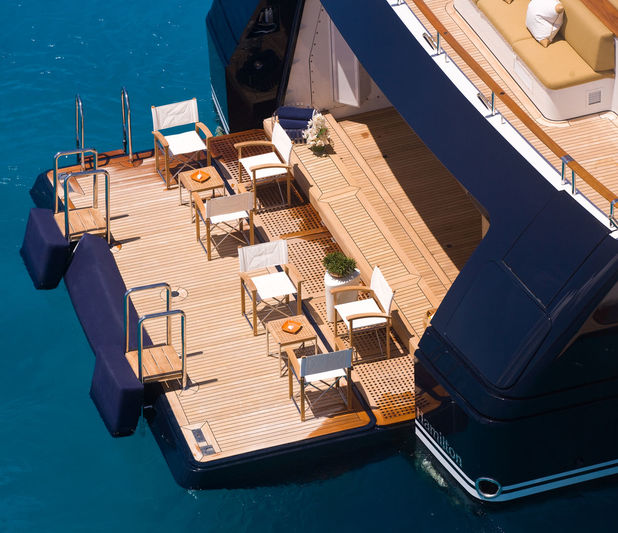 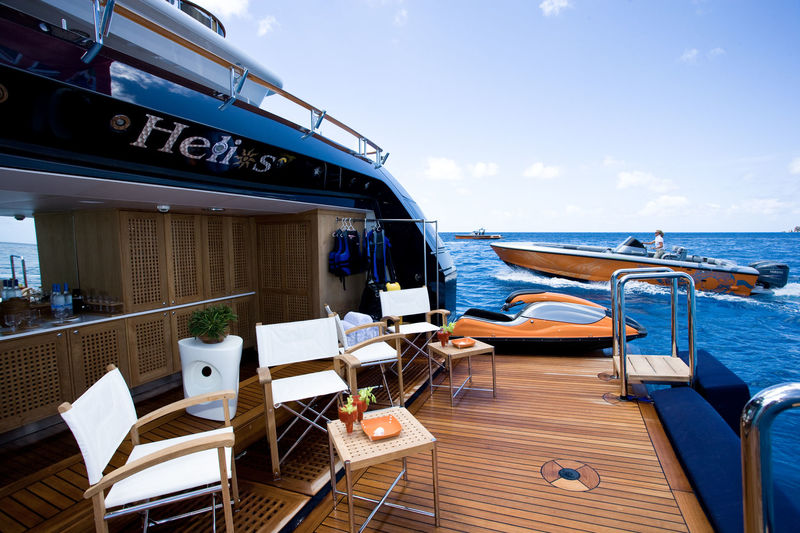 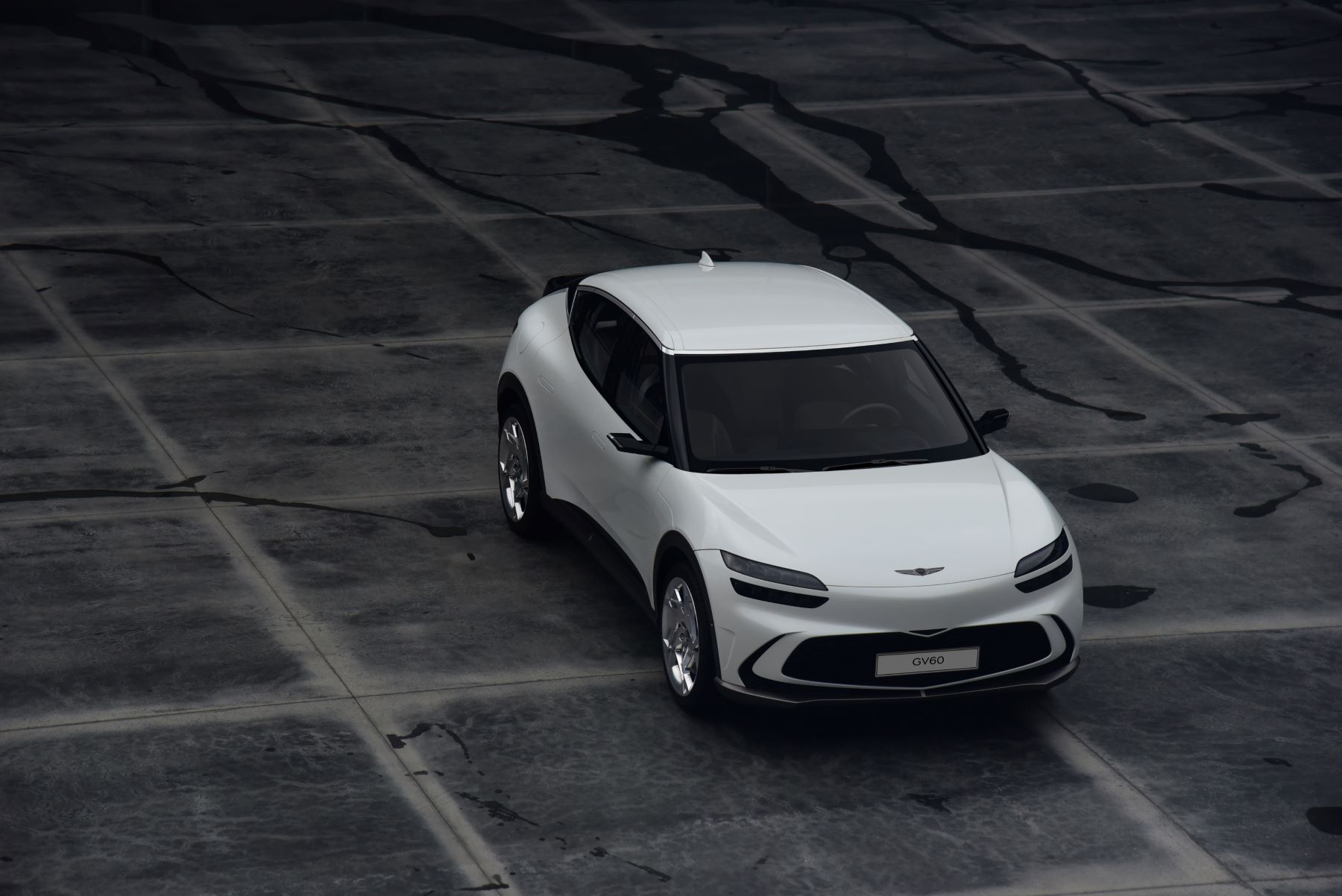 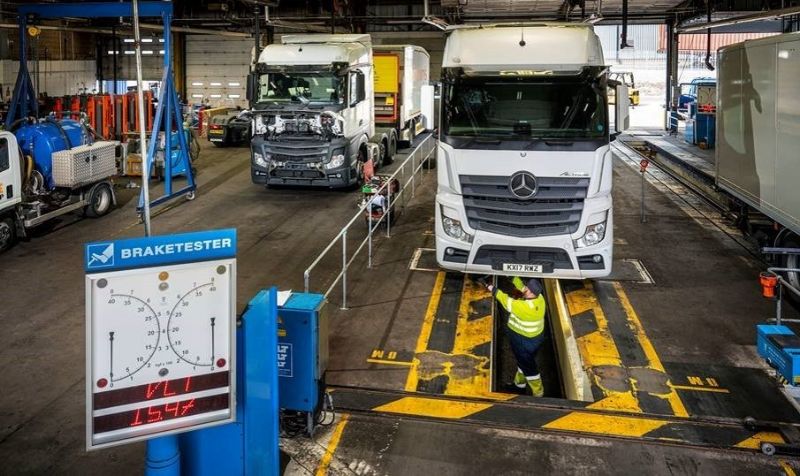 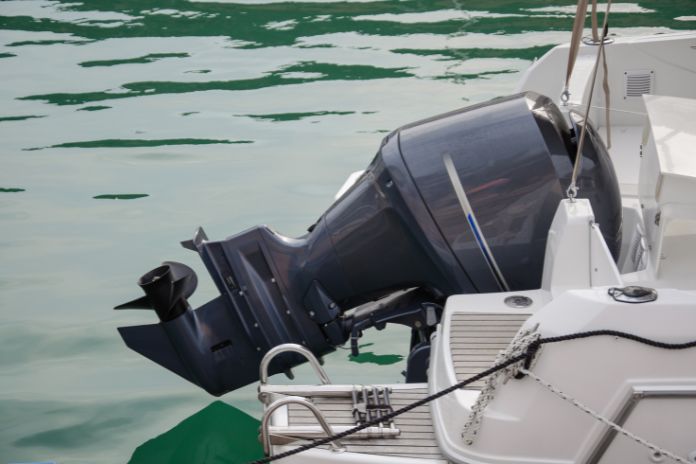 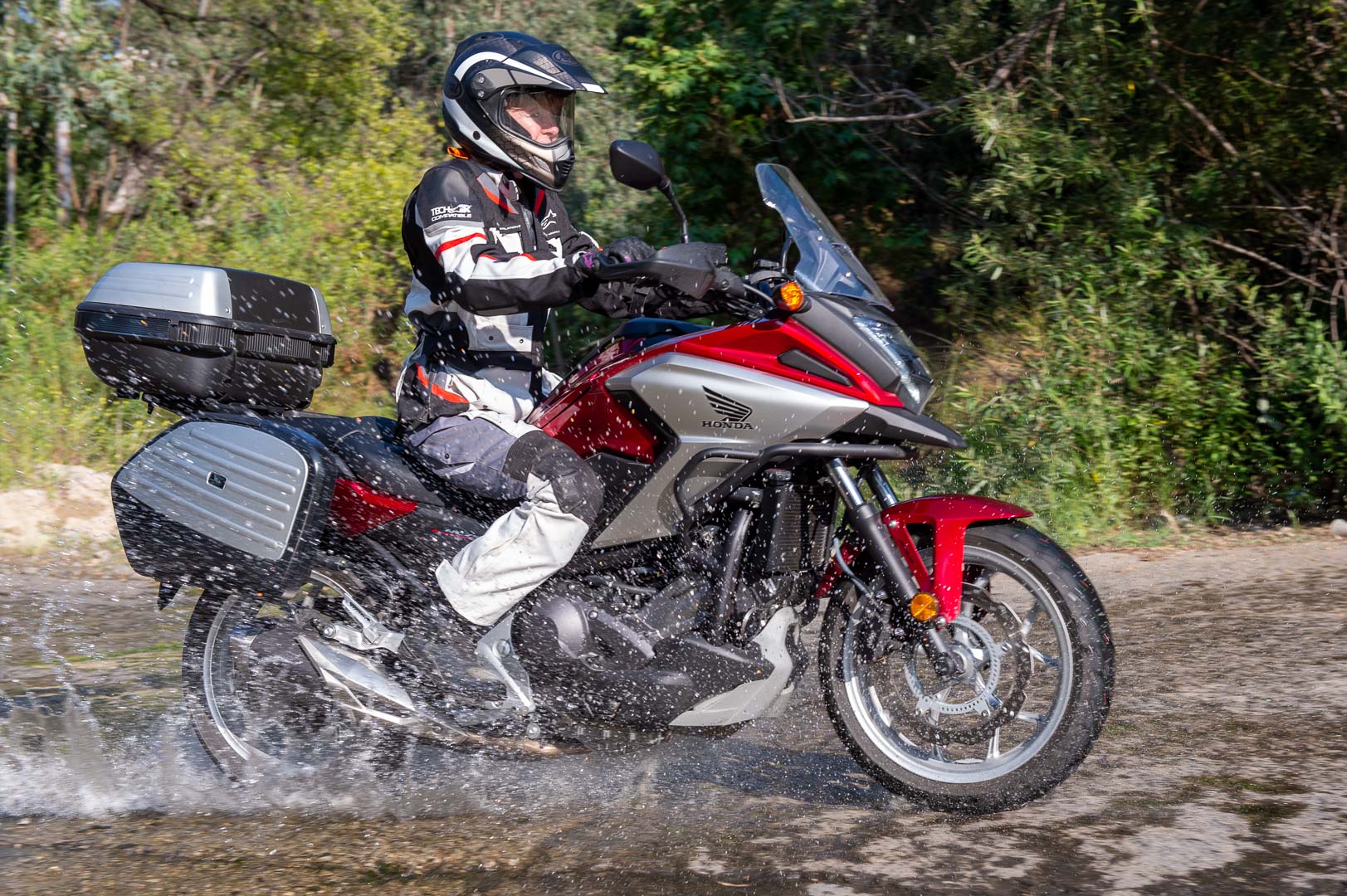