Two purpose-built sport touring motorcycles turn out to be the perfect companions on an impromptu road trip.

Of all the ways one can think of unwinding and putting a hectic work week behind, a motorcycle ride is the ultimate de-stress pill. At least that is what works for us, so when we had the chance to head out on a 500km road trip with two purpose-built touring machines, we grabbed the opportunity with both hands.

The motorcycles in question present their own unique flavour of sport touring. The Kawasaki Versys 1000 is a proven Japanese machine, with an inline-four engine shared with the venerable Kawasaki Ninja 1000 SX. On the other side, we have the BMW F 900 XR Pro, which in a quintessentially German way has taken the ‘sport touring’ mandate quite seriously. It is literally a sportbike on stilts!

Which one of these turned out to be the ideal motorcycle for this impromptu trip? Read on to find out.

Our rendezvous point was a good 50-odd kilometres outside Mumbai, and that gave me enough time to re-familiarise myself with the big Versys. Agreed, it looks odd with its gargantuan ADV-style bodywork and relatively small-looking 17-inch wheels, but there’s no beating its sheer presence on the road. Its globetrotting-ready design prioritises function over form – you’ve got acres of space for yourself and your better half, there’s enough and more room to mount luggage while the ergonomics are upright and relaxed.

From behind the handlebar, the size feels manageable, but it takes a little getting used to the top-heavy feeling, a result of the 21-litre fuel tank. That said, short riders will find it cumbersome to manoeuvre the motorcycle while parking or through tight gaps, due to the wide, 840mm tall seat. For my well-fed 5ft 11in frame, however, the Versys 1000 fits well and I was looking forward to spending a majority of the time on this Japanese sofa!

A few moments later, Rishaad rolled in on the BMW F 900 XR Pro and, my word, it looked small in comparison to the giant Versys. This middleweight BMW is lithe and unintimidating, with perfectly sized proportions. It looks rather unique for a road-biased sport touring bike and has all the BMW attributes of great quality and finish going for it. The XR also feels the more premium motorcycle of the two, with features such as a lovely 6.5-inch TFT display, navigation, Bluetooth connectivity and the works. The Kawasaki, in contrast, makes do with a simple analogue rev dial and a reverse LCD display that looks a decade old.

Parked next to each other, the Versys’ presence is all-imposing.

Sure enough, if this was a beauty contest, the BMW would’ve walked away with the trophy, hands down. But in a completely opposite approach to the Kawasaki’s touring-focused design, the BMW also offers a touch of sportiness, instead of just outright comfort. The single-piece seat, as a result, is relatively narrow, compact and hard, while the foot pegs are markedly more rear-set, making for a relatively more aggressive riding posture that isn’t as conducive for long hauls.

Rishaad, in fact, was already complaining about the BMW’s seat and promptly went and sat himself on the Versys’ inviting perch. Well, there went my plans of hogging the Versys for most of the trip, but I was okay with that. Because, in front of us lay a smooth and flowing road, with the landscape covered in an alluring carpet of infinite shades of green. Maharashtra, I tell you, looks spectacular in the monsoons and with these two motorcycles, exploring its hinterland was going to be that much more engaging.

But before we turned off for the interiors of the state, there were a fair few miles to cover on the highway and that’s where these bikes come into their own.

The BMW’s parallel-twin engine is down on displacement, power and torque to the Versys’ inline-four, but it is lighter by about 30kg and has a much more easily accessible mid-range shove. So, in the real world, there isn’t much separating the two when it comes down to performance.

On the open road, the BMW keeps up with the Versys without much effort. Although, I also had to downshift a gear or two if I had to pull a quick overtake, which entailed more work over the course of the journey. The bi-directional quickshifter did help in this regard, but the gearbox’s hard shifts were a turn off at times.

Rishaad, meanwhile, was having a whale of a time on the Versys. Its inline-four engine is smooth as cashmere and it made up for its lack of a quickshifter by allowing you to slot the slick gearbox in sixth and cruise at anything above 35kph all day long. Such tractability from the motor is always welcome when you’re covering big distances.

And when you decide to give it the beans, the Versys 1000 charges hard and fast towards the horizon. However, in typical four-cylinder fashion, one needs to rev the engine to access the top-end performance. I for one wasn’t complaining about this when I was back in the Versys’ saddle, the evocative intake howl of an inline-four appeals to my senses like no other engine format ever could.

The Versys 1000’s seat is larger and more comfortable than the F 900 XR’s perch.

More importantly, both engines are pretty refined and you could sit comfortably at highway speeds without any stress. Although, surprisingly, at triple-digits speeds, the Versys’ engine did sound a tad busy, as if it was revving higher than it actually was. It also lacks in character, compared to the BMW’s twin, which is funny because we’d previously found this same engine to be devoid of character, when we compared the F 900 R with its street naked rivals.

Another point we noticed while sitting at high speeds is that the BMW’s two-step adjustable windscreen offers better wind protection than the Kawasaki’s. The latter certainly deflects more wind but it also causes considerable helmet buffeting for a tall rider, even at the highest setting. To add to this, the adjustment mechanism itself isn’t as convenient because it can’t be done on the fly.

An empty patch also gave us a chance to try out the cruise control feature on both bikes, and we appreciated the convenience that such systems bring to the table over the course of a long journey. All said, these are relaxed cruisers on the highway, with the Versys more suited to the role due to its comfortable ergonomics and tractable engine.

Soon, it was time to turn off the highway and explore a route that we’d previously heard of and had been saving for just the right bikes. The setting, as it turned out, couldn’t have been more perfect! We found ourselves on a serpentine, tree-lined road, interspersed with lush green fields and waterbodies. What a sight to behold, as the motorcycles breezed along in perfect harmony.

Although these motorcycles weigh well over 210kg, they were adept at handling the twisties that we encountered on our way. The 255kg Kawasaki feels exactly as big and heavy as it is, but get past the initial trepidation, be measured with your inputs, and you begin to trust the super-stable chassis as it fills you in with feedback. A firm push at the bar will have the Versys tip into a corner, and it sticks to an intended line without any fuss or drama. The front and rear suspension can be adjusted for rebound and preload as well. The overall setup, however, is on the softer side, and while the motorcycle can certainly take on the rough stuff, it can’t shrug off bad roads in the way a proper adventure tourer, like the Triumph Tiger 900, would.

The BMW’s dynamics are on the sportier side of the scale. While the front USD fork is non-adjustable, it has been set up brilliantly to walk the fine line between ride and handling. Coupled with the electronically adjustable rear monoshock that you get with the Pro model seen here, the overall ride is quite plush and more composed over bad roads. But again, not as good as a true ADV. Also, with only 150mm of ground clearance on the Versys, you need to be a bit more mindful than on the XR, which has a more generous 185mm available.

BMW’s sportier chassis and grippy tyres encourage the rider to charge into corners.

But the thing that appealed to the enthusiast in both of us is the XR’s engaging handling. The BMW’s chassis encourages you to push in the corners while the Versys is happier holding a sedate pace. Despite having a smidgen longer wheelbase than the Versys, the XR felt more agile on its feet and then there’s the stupendous grip levels offered by the Michelin Road 5s, even in the wet. It was no surprise then that the rider on the F 900 XR eventually pulled away in the corners from the guy on the Versys, at any given point.

The BMW’s bigger, sharper brakes were also part of the reason why a rider would feel more confident to go all out. And when you do, the BMW’s traction control and switchable Road and Rain modes work seamlessly to keep the bike pointing in the right direction on slippery wet tarmac. That said, you’ll have to pay over Rs 1 lakh to get the optional lean-sensitive TC and ABS, as well as the Dynamic ride modes. That pushes the price of the bike into another segment, but more on that a little later.

The Kawasaki, in comparison, gets two power modes – Full and Low – as well as IMU-assisted three-stage traction control. On paper, the lean-sensitive system surely has an upper hand over the BMW’s, in terms of the additional safety net it provides. The only gripe we’ve got is that it is either too lenient in level 1 and 2 or too aggressive in Level 1 in the way it intervenes and cuts power on detecting slip. This in turn upsets the chassis and I wish the TC intervention was a bit more refined, like the BMW’s.

The final few kilometres to our destination were a mixed bag of broken roads and smooth stretches. While we’d been on the motorcycles for nearly half the day, with the prospect of an equally long time before we got back home, there were no signs of fatigue whatsoever. This impromptu ride was the ultimate way to put a stressful week behind, and come to think of it, these purpose-built sport-touring motorcycles made all the difference.

Parked at a vantage point that offered a spectacular view of a waterfall we’d just discovered, it was time to answer the lingering question. Which one’s the better sport tourer of the two? The answer to which was harder than we’d initially thought.

The BMW F 900 XR is an extremely capable everyday machine, one that turned out to be far more involving to ride than the Kawasaki. Its smaller size also makes it more manageable in the city, especially for short riders. The motorcycle’s sporty demeanour will appeal to enthusiasts, while its quality levels and equipment add to the sense of premiumness. Naturally, the BMW F 900 XR Pro sports a premium price tag, at Rs 12.40 lakh, and that’s sans IMU-based electronics. If you are willing to skip the quickshifter and the electronically adjustable rear shock for a manually adjustable unit, the base F 900 XR, at Rs 10.95 lakh, undercuts the Versys 1000 by Rs 50,000; this makes it a deal worth considering.

However, if you are looking for a proper, big touring machine, the Kawasaki Versys 1000 is definitely the better motorcycle of the two. Its spacious seats, relatively relaxed ergonomics and a gem of an engine will make munching miles a breeze. This, along with better luggage carrying capacity, makes the Versys 1000 the ideal road-biased bike to cover huge distances on, but perhaps a little overkill for more casual use. Either way, whichever bike you choose, you won’t go wrong. 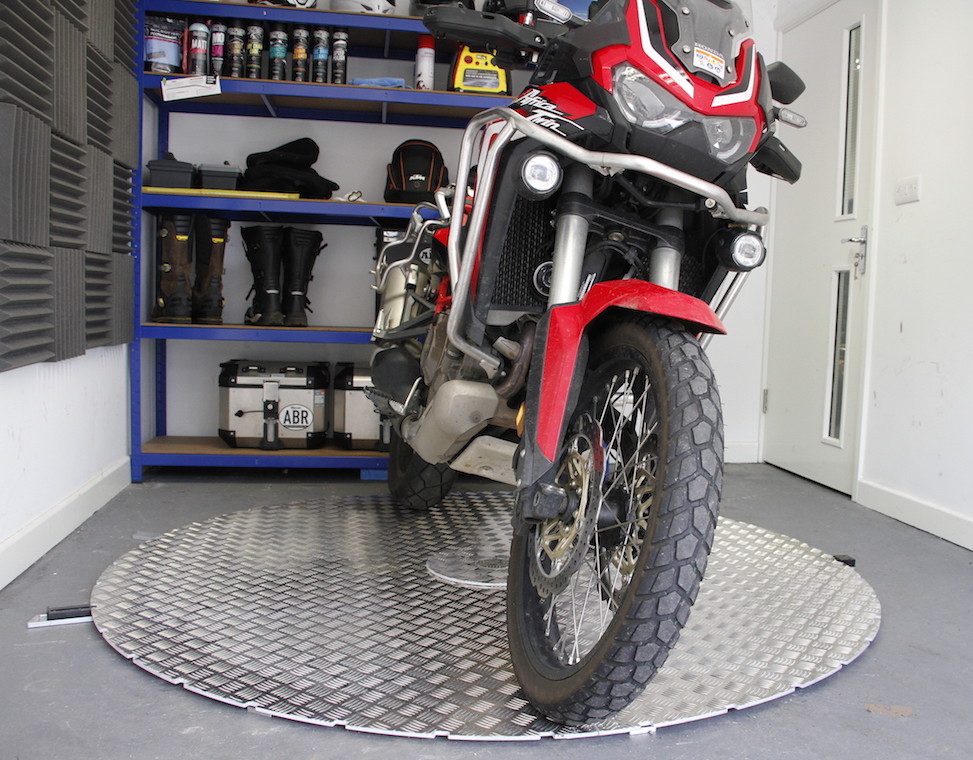 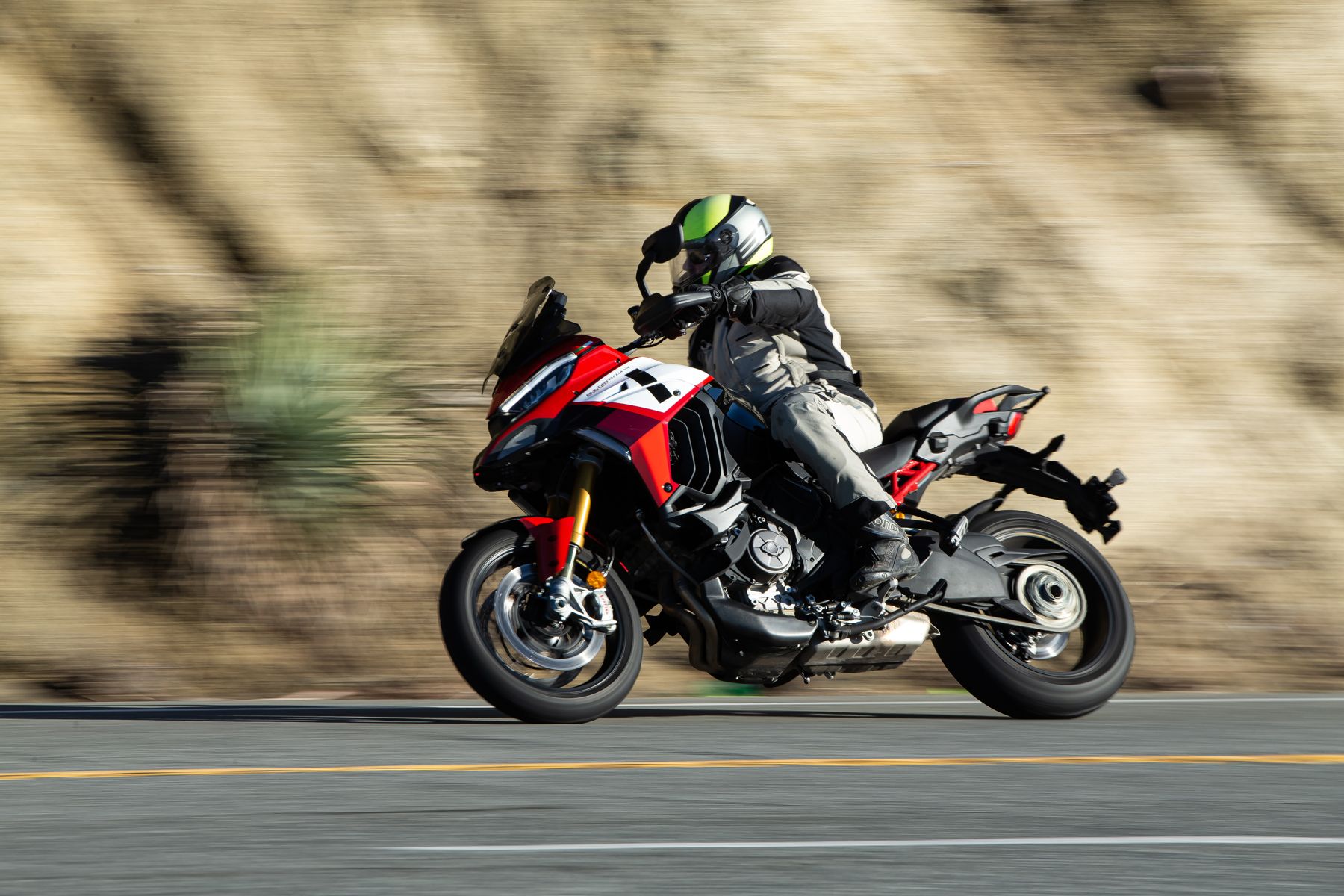