Twenty-five years ago, “Open Superbikes” meant something entirely different than what it means now. The GSX-R1100 was the most optimized of these for the race track, but one year before the first Yamaha R1, all four leaned more toward high-performance sport-tourer than to anorexic track tool. For most of us, that wasn’t a bad thing at all. As a class of motorcycle, this one doesn’t really exist anymore. Or does it? When the Suzuki Hayabusa arrived in 1999, the other three just faded away. Forgive the tiny photos while you remember this 1997 Open Superbikes epic was originally posted with videos, lost in the mists of time. Download that on your Dell desktop with Linux and smoke it.

Repeat after me: “I’m sorry officer, was I speeding?”In the approximately 2.5 seconds that you took to utter that phrase, any one of these open-class sportbikes has accelerated from zero to 60 mph, and is just another couple seconds away from breaking through 100. Get the point? These bikes are capable of compressing time and space, creating hurricane-level winds and affecting global tide levels. And let’s face it, not all of us are 5’8″ and 130 pounds. We need a little horsepower and legroom to tote our ever-expanding mid-sections around.

There are those who would scoff at such outrageous power levels. These nay-sayers would contend that no one needs 135 bhp bikes, that 177 mph is far too high a speed for a streetbike. “Whom,” they ask, “really needs a bike that fast?”Well, we do. Call us nuts, call us warped, call us horsepower freaks, but if you’ve got an open-class sportbike just call us! We live for block-long wheelies and top speeds that scatter sports cars in our wake like a tornado through a trailer park. Open-class sportbikes? We love ’em, man!

So, to nurture our horsepower habit we stabled four of the fastest production bikes available today. Criteria? Simple — 1000cc and over, equipped with full fairings. Who qualified? Honda’s CBR1100XX, Kawasaki’s ZX1100R, Suzuki’s GSXR1100 and Yamaha’s YZF1000. We had hoped to lasso Triumph’s new T595 Daytona as well, but a machine wasn’t available.

They say power corrupts, and absolute power corrupts absolutely. We can attest to this firsthand, because soon after our all-conquering sportbikes assembled, we were feeling pretty damn omnipotent. Tales of power-fueled antics were being swapped around the office. Managing Editor Tom Fortune came into work smiling as he proclaimed, “The Double-X rules! We did 155 mph two-up, with luggage — and it was still pulling!” Editor-in-Chief Brent Plummer countered with: “No way! The YZF’s awesome! I did a crossed up second-gear wheelie on the way to work!” The stories went on and on. . . .

Clearly, a shootout was in order so that we could pick one deity to stand above the rest. Only by putting these bikes through a series of performance contests would we be able to pick a winner. First, to the dyno room to measure horsepower, followed by racetrack testing at the Streets of Willow and quarter-mile runs at Los Angeles County Raceway. Next, miles of street riding were scheduled to measure real-world performance. To make sure all our contestants were on a level playing field, we outfitted each with sticky Metzeler MEZ1 radials. Finally, we brought in current Willow Springs lap record holder and defending Formula One Champion Chuck Graves, along with ex-Fast by Ferracci and current Motorcycle Online lead racer Shawn Higbee to help us find where the absolute limits of these machines lay.

Let’s get ready to rumble!

Kawasaki’s mighty ZX-11 stunned the motorcycling world in 1990 when its revolutionary ram-air assisted engine propelled it to an amazing 172 mph. But Kawasaki’s design philosophy behind the big Ninja is more than just a search for outright speed. ZX-11 owners have always enjoyed this model’s attention to comfort and civility, as well as its performance. With such amenities as dual helmet locks, passenger grab rail, centerstand, pop-up bungee hooks, lockable fairing compartments, digital clock and dual tripmeters, the ZX-11 offers a real-world alternative to the uncompromising repli-racers. Its riding position, both for rider and passenger, is comfortable for long days in the saddle, and wind protection at all speeds is excellent.

In addition to being a comfortable mount for a sport-tour, Kawasaki’s ZX-11 is also one of the quickest bikes ever made. Ours tore up the quarter mile with a 10.42 second pass at 133.02 mph. Dyno testing showed a peak of 129 hp at 10,000 rpm, and an impressive 78.4 ft-lbs of torque at 8200. That kind of grunt gives ZX-11 riders impressive authority when passing power is the issue. But our dyno charts also reveal one of the ZX’s flaws; a big flat spot just below 4,000 rpm. (This is easily corrected by turning the air screws out four turns and shimming the needles 0.025″ with washers — Ed.) Poor ground clearance, soft suspension and hefty weight hurt the ZX on the racetrack.Like the original Z1, sometimes all that horsepower overwhelms the chassis. While the ZX-11 is fine in a sport-touring role, when the pace elevates it becomes unsettled. The problem is simple — weight. Despite its aluminum frame, the big Kawasaki is on the hefty side of the scale. Hard charging at the track or in the canyons will quickly overwhelm its brakes. Ground clearance also gets in the way of seriously quick forward motion, as the Ninja will scrape its pegs and exhaust canister fairly easily.

And that’s just fine with Kawasaki. If you’re looking for something more track-worthy they’ll be happy to show you their ZX-9. The ZX-11 has always been, and remains today, a fast and comfortable sport-tourer. It is far more plush than either the GSXR or YZF. If your own personal criteria in an open-class motorcycle leans towards a bike that can cruise two-up comfortably with luggage at triple digit speeds — all day long — then consider Kawasaki’s mighty ZX-11 as having finished second in this shootout.

Predating Kawasaki’s ZX-11 is Suzuki’s GSXR1100. Despite recently revamped editions of the GSXR600 and 750, the 1100 remains closely tied to its original incarnation. With its extruded aluminum perimeter frame and dated styling, the GSXR shares a familial resemblance to its 1986 grandfather. This rather slow evolution led one staffer to quip, “The GSXR is probably the only bike that you can still buy brand new and go race Vintage.”Suzuki has learned not to mess with success. GSXRs have always been strong sellers and popular choices for racers, so why fix what isn’t broken? Thus the GSXR arrives on U.S. shores once again with few changes save for Suzuki’s usual BNG (bold new graphics) for 1997.

Suzuki’s GSXR line has always been at home on the racetrack, so we weren’t surprised when ours posted the quickest lap time of the day, narrowly edging the YZF1000 by just a few hundredths of a second. Its excellent ground clearance is its strong point, as is great feedback from the front end. These same qualities also made it a top choice for sport riding. Although it gives away as much as 14 peak horsepower to the competition, Suzuki’s GSXR still posted a quick quarter-mile time of 10.42 at 130.11 mph.

But when the road stops twisting, the fun ends. Around town or on straight roads the GSXR’s odd “sit on top of it” (as opposed to sitting down in the bike) riding position that works so well on the track will have the palms of your hands and lower back screaming for a break within an hour. Also, the GSXR’s buzzy and peaky powerplant lacks the midrange punch of its competition, a very desirable feature around town. More than any other bike in this test it tends to bake the rider in engine heat during stop-and-go driving.

Perhaps the biggest competition for Suzuki’s 1100 is its own 750. At 122.6 bhp, the 750 is only spotting its big brother seven horsepower, weighs in nearly 100 pounds less, has a new-generation frame and cool styling, is quicker around a racetrack than the 1100 and better looking to boot. When you add in that it’s also $1,200 cheaper, reasons for buying the 1100 wane.

Where does the 1100 have an advantage? Its potential. No other bike this side of a Harley-Davidson has more aftermarket support going for it. People have been racing GSXRs for years, and they’ve amassed a huge and loyal following. Want to build a 1340cc Formula USA bike? Buy a GSXR. Want a Pro-Stock dragbike? Same answer. If you’re looking at a showroom bike as a simple starting point for a project, Suzuki’s GSXR 1100 is the choice.

Honda’s CBR1100XX had a reputation even before the first models left Honda’s Hammatsu factory. Rumors of 145 horsepower with a 180 mph top speed wafted through the motorcycle community like tire smoke at a burnout competition. Could such a machine exist? And would Honda, a company known for ‘civilized’ sportbikes, build it? Or even be able to?
Now that we’ve had our greedy hands on a Double-X we can say that the rumors were exaggerated – if only slightly. Honda’s CBR1100XX, or Super Blackbird in other markets, does top out just shy of 180 mph, and it spins the dyno to a stunning 136.2 bhp. Even more impressive is the broad spread of power. After 3200 rpm, Honda’s XX never makes less than 60 lbs-ft of torque with a peak of 81.6. On the horsepower side, how does 100 bhp at just 6750 rpm and over 130 from 8700 all the way to 10,750 rpm sound? Or how about a quarter mile time of 10.20 at 136.1 mph? Awesome!While both dyno and dragstrip will tell you that the XX makes boatloads of power, they can’t tell you how smoothly it makes it. At any rpm from idle to redline, this engine is completely devoid of any form of vibration. Period. How smooth is it? One of our testers, a rider with more than 10 year’s experience, rode almost 15 miles at 65 mph down the freeway at a leisurely 4,250 rpm – before he realized he was in third gear!

This silky engine combines with one of the most unique fairing designs ever fitted to a sportbike to make the Double-X a high-speed sport-touring dream. At 80 mph, wind noise is barely more than a whistle, and there’s no sign of buffeting or turbulence. Passenger comfort is also excellent, with stints of several hundred miles passing without complaint. 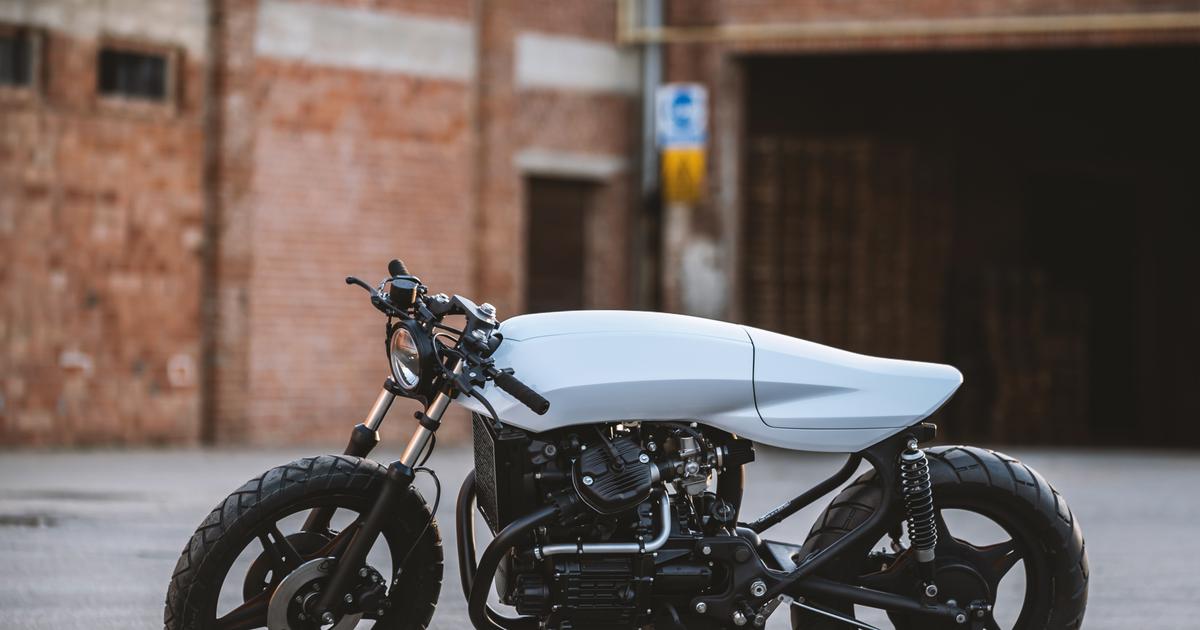 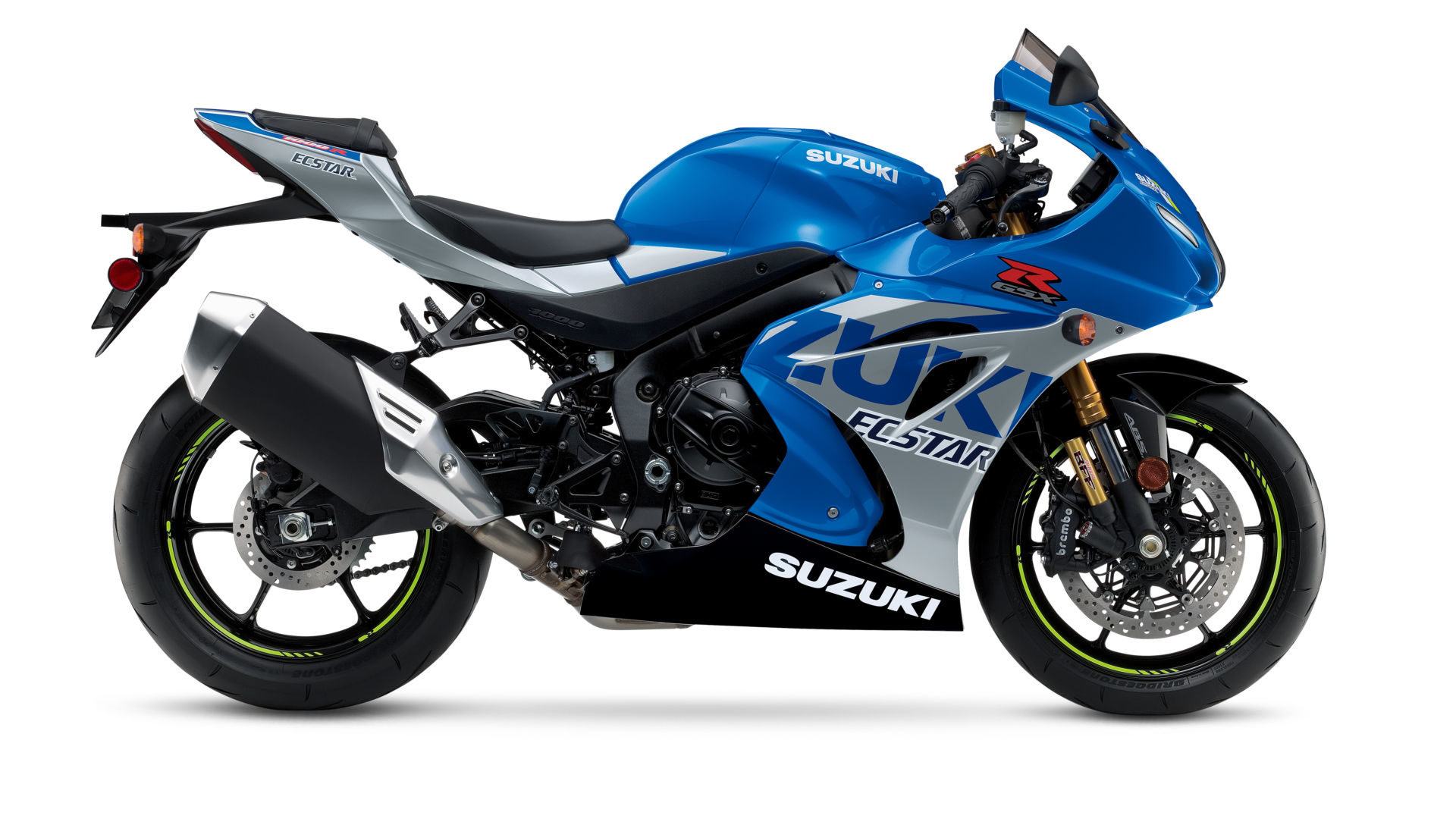 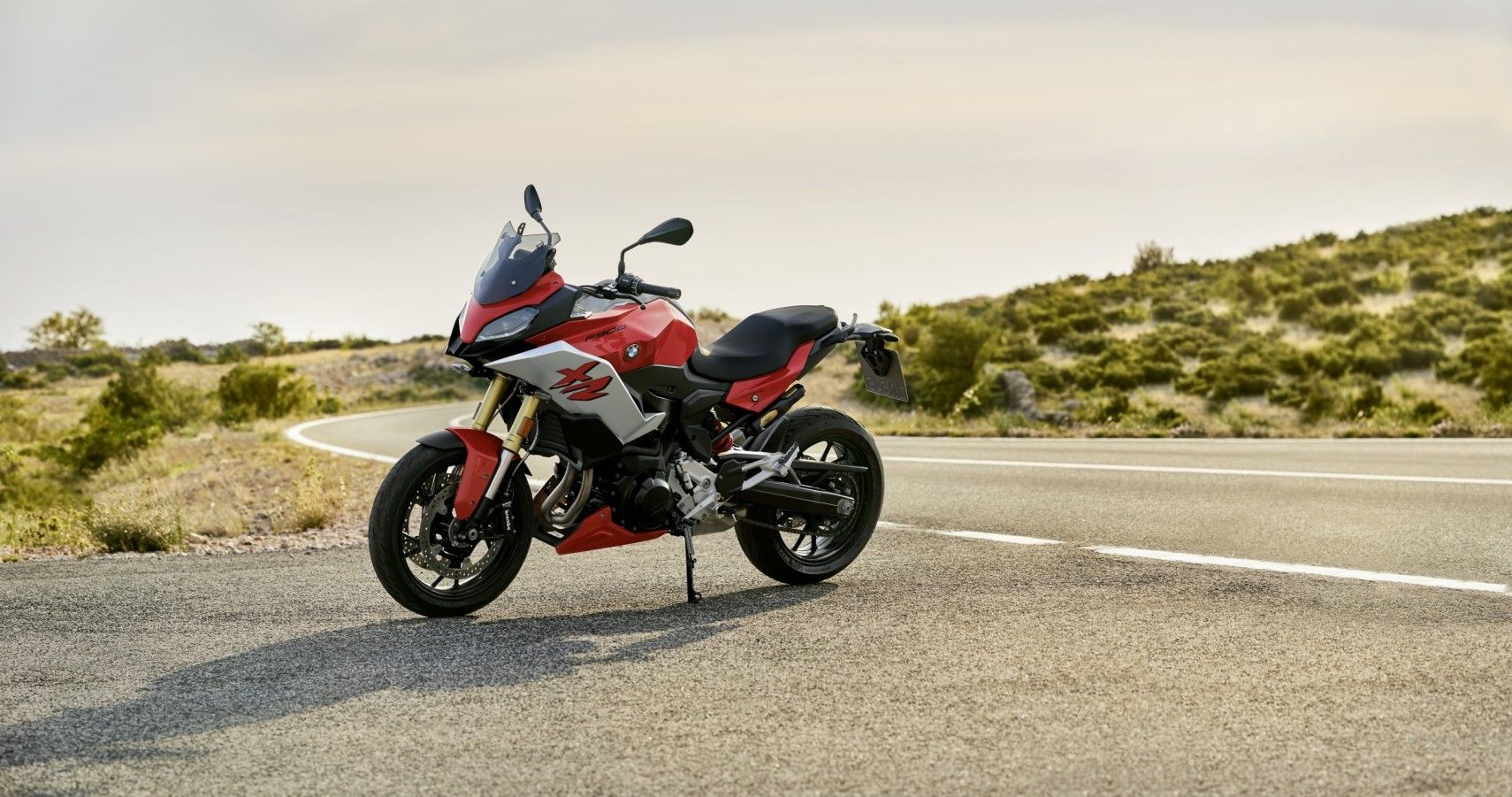