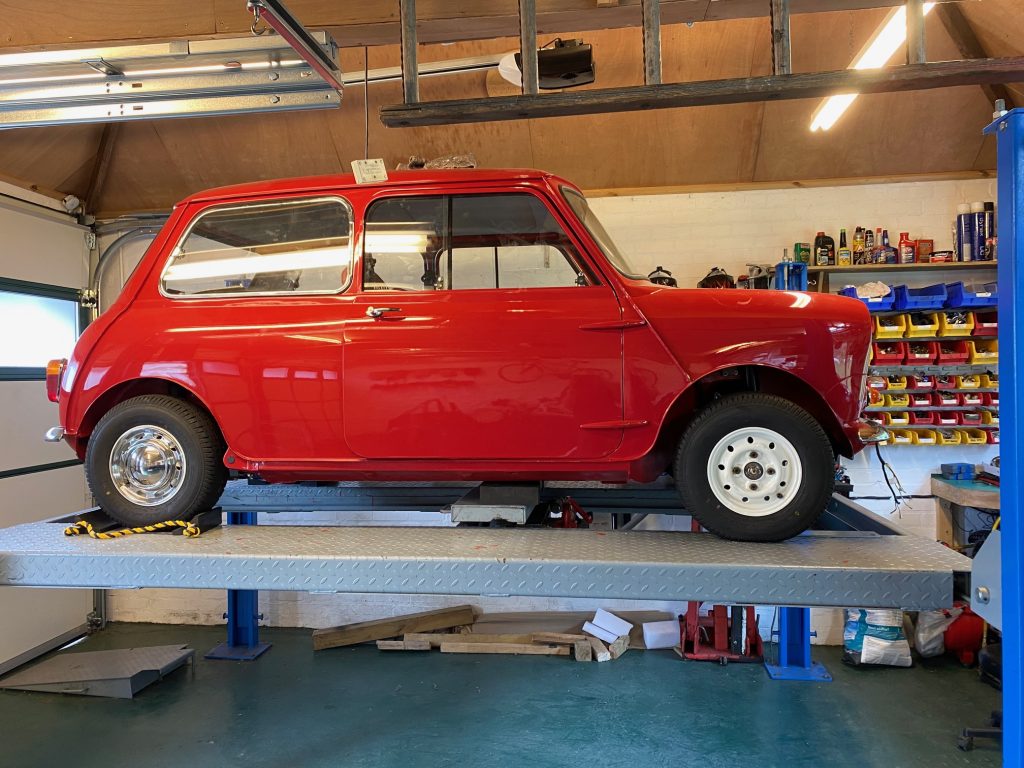 Imagine spending countless hours and many thousands of pounds restoring your precious classic or modern-classic car only to discover that one minor modification has rendered the car virtually worthless.

That’s exactly what happened to Ed Keane of Powys when he decided to update his 1960 Mini. After a lengthy, painstaking restomod process he had the car inspected and received nothing but positive impressions from the inspector. But then word came back from the DVLA that the car was no longer deemed roadworthy.

How much is your car to insure? Find out in four easy steps.

Like an increasing number of classic car fans Keane elected to convert his car to use an electric powertrain, but that isn’t directly what caused his woes. The DVLA had no issue with removing the original A-Series engine and replacing it with a powertrain developed by Eco Classics – it failed the car for a single small hole that had been drilled to route some high voltage cables.

“It seems there has been material removed from the monocoque/body shell by means of drilling… it is not possible to confirm that the structure of this vehicle is as per the manufacturer first intended,” wrote the DVLA.

“They have taken it off the road because I drilled a hole, and it’s got absolutely nothing to do with the electrification of the vehicle. Also, and this is quite a fundamentally important point, they will not let me weld up the hole, which I think is unreasonable.”

Nick Mason of Eco Classics explains that the hole in question goes through the original 12-volt battery box in the Mini’s boot floor: “We came through the side of that with two cables, just to get just to get in the easy way. This is not structural, but we lost out anyway.”

The DVLA confirmed that reverting the chassis back to its original state would still be considered a modification from the original manufacturer’s specification, requiring the car to be re-registered. That would mean submitting the car for an IVA (Individual Vehicle Approval) test, like a kit car would have to undergo, and have it registered on a Q-plate. However, says Keane, this is just not economically viable: “I’d probably have to spend £20,000 to comply with the current IVA rules as it was never designed to meet them. ”

Keane’s unfortunate experience is a warning to anyone restoring or modifying a classic car. One single mis-step may prove catastrophic. So how should vehicle owners, and indeed professional restorers, approach the process, especially when updating an older car rather than conducting an entirely faithful restoration?

The very first thing to consider is if any changes you make would require the details on the car’s V5 to be updated. If that’s the case you will need to inform the DVLA of any alterations. Typical examples would be something as simple as a colour change or as complex as a powertrain swap.

Next you need to check with the DVLA exactly what category your build will fall into. It will be classed as a Rebuilt vehicle if you are keeping the original chassis or bodyshell (or using a new shell/chassis to the original spec) and keeping at least two of the following elements as standard: suspension, steering assembly, axles, transmission and engine.

Any changes beyond those and it will be defined as Radically Altered, and the DVLA applies a points scheme if you wish to keep the original registration. You must score a minimum of eight points and five of those must come from an un-modified original chassis/monocoque, or a new one direct from the manufacturer. Original suspension, axles, transmission and steering assembly each get awarded two points, while keeping the engine scores one. Any alterations to the chassis, the fitment of a second-hand shell, or scoring less than eight points means that your car will be subject to an IVA test and have to have a Q-plate fitted.

In either case you will need to submit a “Built up inspection report” detailing the work done and potentially have the car inspected by a DVLA representative.

Steve Drummond of EV conversion specialist Electrogenic puts it more succinctly: “When you boil it down, what it says is that you can only modify two out of the following four things being the motor, the gearbox, the steering, and the suspension.

“Just make sure you don’t modify the chassis or the monocoque and, and if you’re rigorous about that, then they check it all and that’s all fine.”

In the case of EV conversions the DVLA says each vehicle is considered on a case-by-case basis and is referred to its Kits and Rebuilds team. Amazingly, however, there are no clear rules to follow when it comes to fitting a totally new powertrain, especially an electric one.

“It’s remarkable how little legislation there is in the UK,” says Drummond. “There’s a bunch of broad rules and regulations for new electric cars, but none of that applies to conversions. The main regulation for new cars is an electrical safety one called R100 and we make sure that we take that seriously.

“Most countries are concerned with things like electrical safety, and often power. For example, in Switzerland there are a bunch of rules. The main one is that you can’t have power which is more than 20 per cent greater than the original engine. In France, the work needs to be done in France, and you can’t make the car go faster than it did originally.”

Of course it’s not just people electrifying their classics who face falling foul of the DVLA.

“It has implications across the whole of the classic car world because there are so many cars out there that have been modified over time. Just drilling holes to fit something like electronic ignition could invalidate the body, for example. There clearly needs to be some level of interpretation there. I would like to have a clear set of rules, maybe even as an industry become certified,” adds Mason.

Was The EV1 The First Electric Car? Sports Car Modification 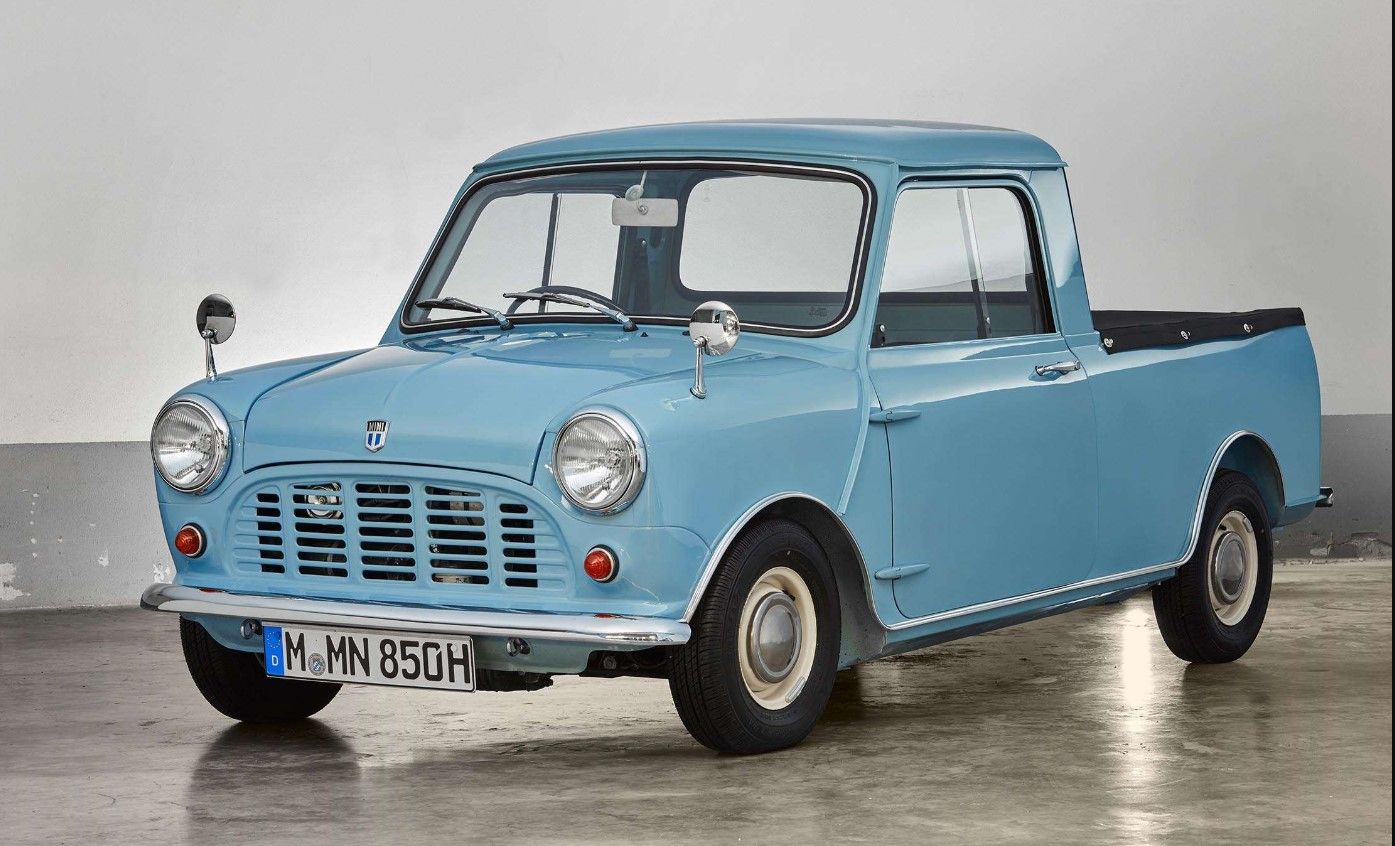