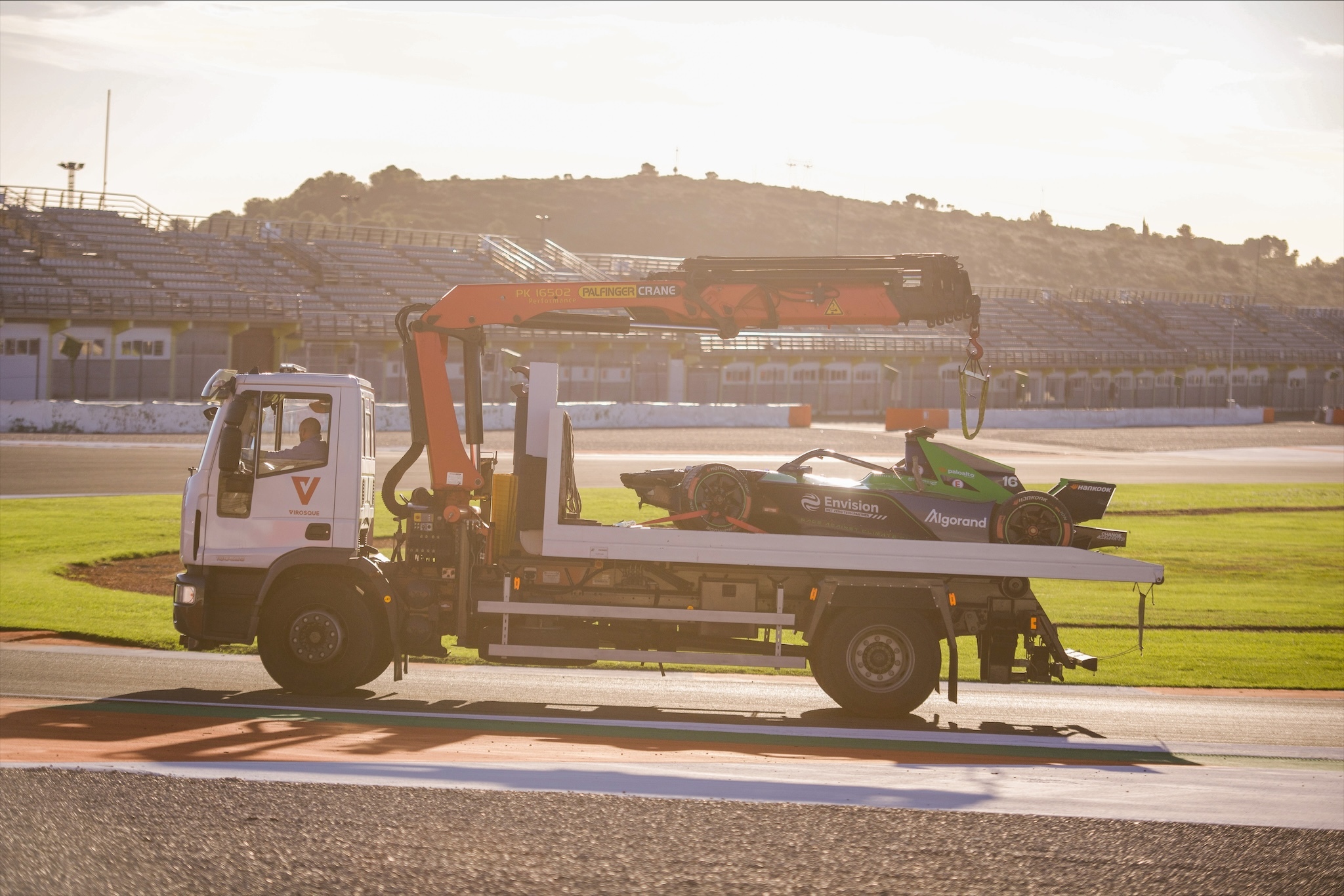 Maximilian Guenther topped the final test session at Valencia on Friday afternoon with the fastest lap of the three-day test that marks the last running before the first race of the 2023 season in Mexico City.

The Maserati MSG driver took the fastest lap of the week by setting a 1m25.127s lap and eclipsing reigning champion Stoffel Vandoorne’s early benchmark of 1m25.236s to ensure a DS powered 1-2.

Oliver Rowland placed third in the uniquely liveried copper and red Mahindra M9Electro, claiming a best that was just 0.081s adrift of Vandoorne.

Jake Hughes and Sam Bird ensured there were three drivers in the top five, with Hughes continuing his strong form and again ensuring the new NEOM McLaren team was at the sharp end of the timing screens.

Fifth-placed Bird completed the most laps of the 20 cars on track and was able to set a succession of strong laps for Jaguar TCS Racing after a difficult morning for the British-based manufacturer.

That was because it curtailed its morning programme after Sebastien Buemi crashed heavily in his Envision-run Jaguar I-Type 6.

Norman Nato placed sixth and was the second-best-placed Nissan-powered car, while Jean-Eric Vergne took seventh in his DS Penske.

Rounding out the top 10 were Rene Rast’s McLaren Nissan, Robin Frijns’ ABT Cupra Mahindra and the second Maserati of Edoardo Mortara. The top 10 was covered by just 0.590 seconds.

Sergio Sette Camara and Sebastien Buemi both didn’t take part in the afternoon session. The NIO 333 driver hit technical issues in the morning running and the team was forced to park the car as it had no replacement spare parts.

Buemi, who crashed at Turn 4 earlier in the day, was forced to sit out the entire session as his monocoque was damaged and his team were forced to build up a new one in preparation to be freighted to Mexico this weekend for the first race next month.

Envision said that Buemi was not available for comment regarding the incident which saw his Jaguar go straight on at Turn 4 cross the gravel trap and impact the tyre-lined Armco.

Buemi is understood to have not been able to brake after a technical problem in his Envision-run Jaguar. 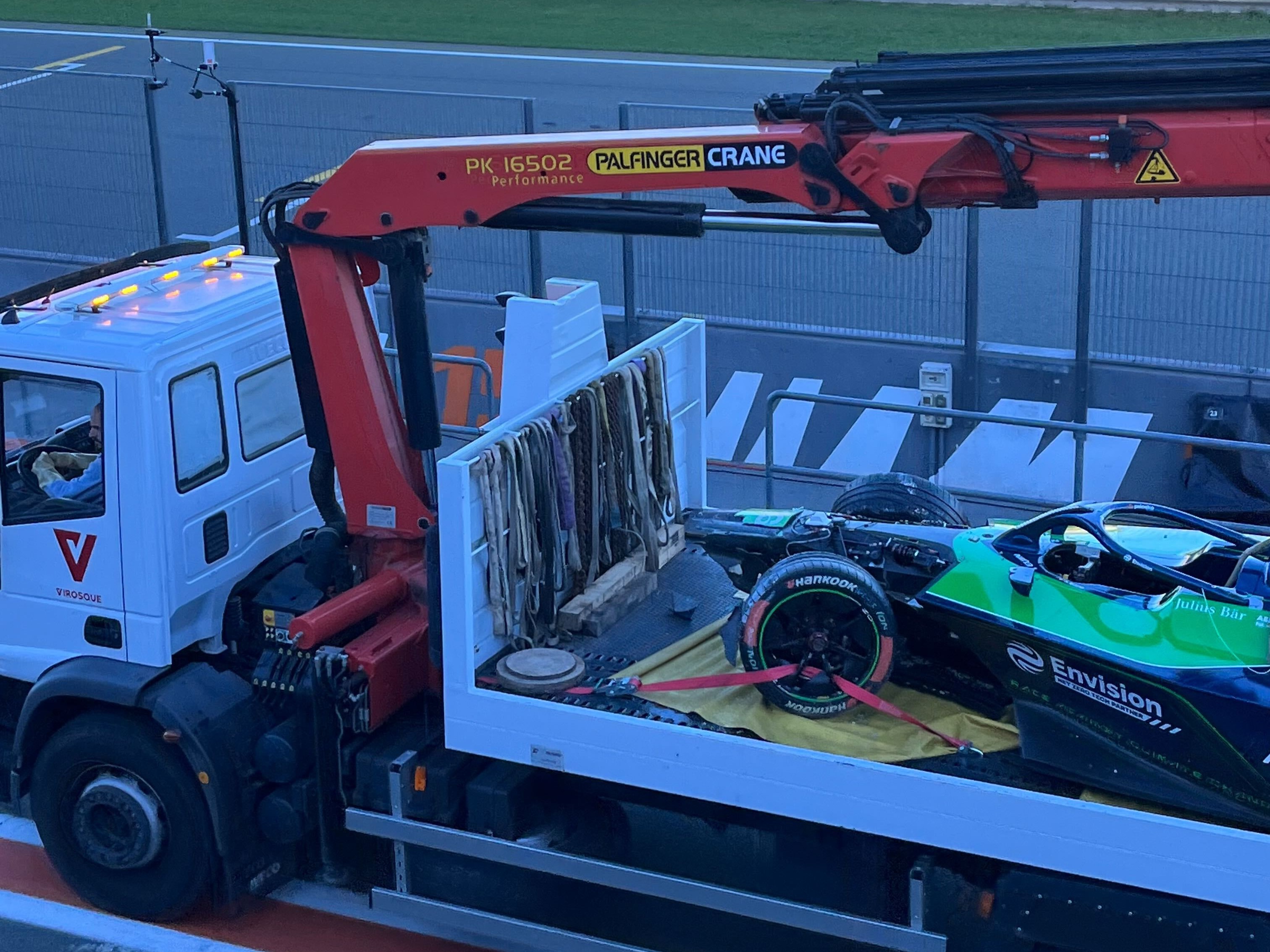 Gen3 Formula E cars run without hydraulic brakes at the rear of the car meaning that at present the front brakes are rendered ineffectual for stopping in the event of a powertrain or battery issue. This is because the cars are mainly using regenerative energy for braking meaning that the front brakes run at cool temperatures depending on the circuit configuration.

A total of 5128 laps were completed over the week.

The only other notable incident to occur was when Pascal Wehrlein ran through the gravel at Turn 7 on the final lap of the session.

Thank you for your feedback!

What did you think of this story?