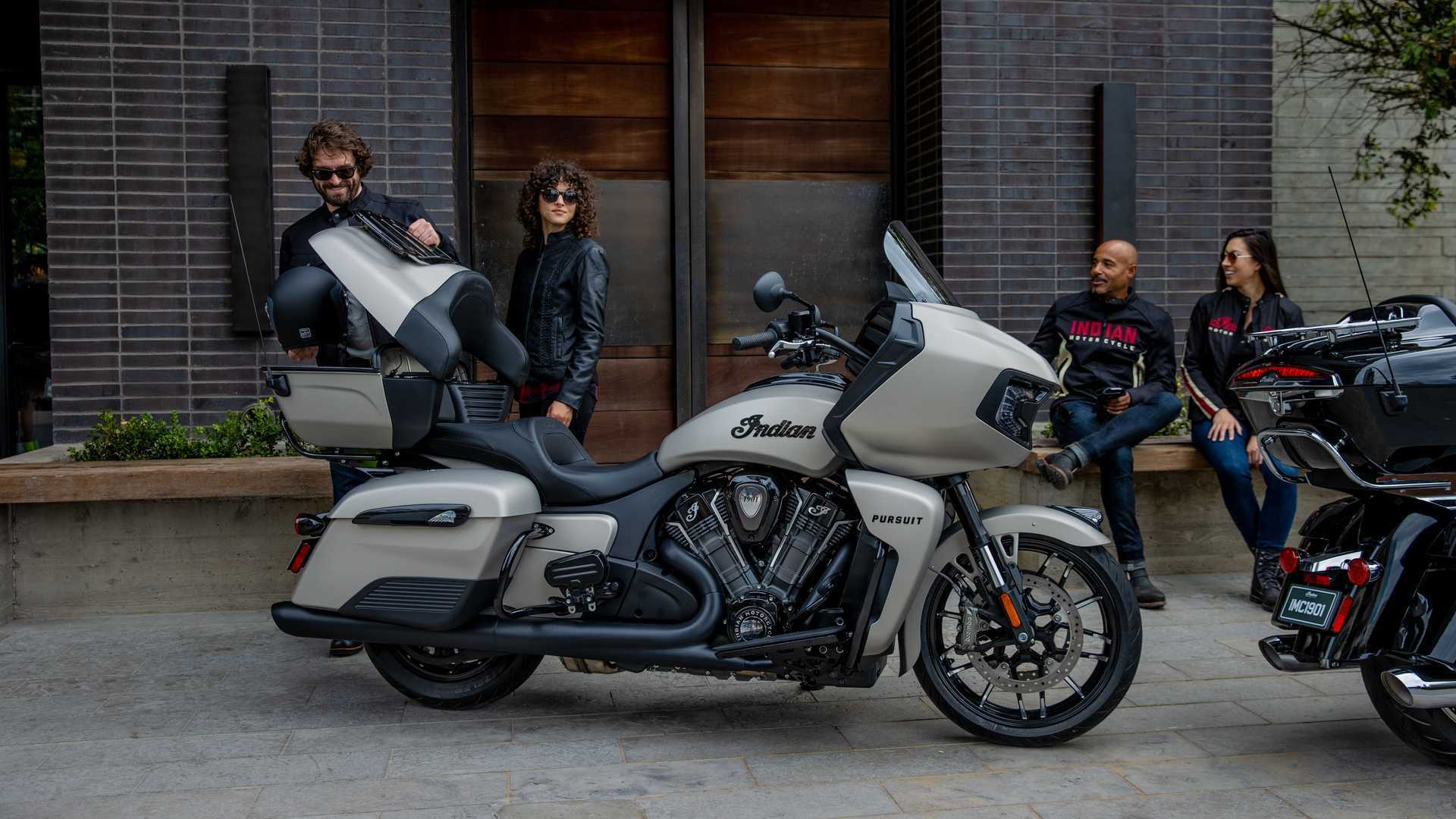 After seemingly ages of speculation, the Indian Pursuit officially launched on February 22, 2022. Based on its established Challenger platform, the stately tourer promises capability and handling for whatever roads you’re chasing. Packed with style, performance, convenience, and ample space for both rider and passenger, Indian intends it to be ready for all the miles you care to Pac-Man up with it. Does the whole package add up to a design victory? Let’s take a look.

The heart of the beast is, of course, Indian’s liquid-cooled, 1,768cc PowerPlus V-twin engine that makes a claimed 121 horsepower and 131 pound-feet of