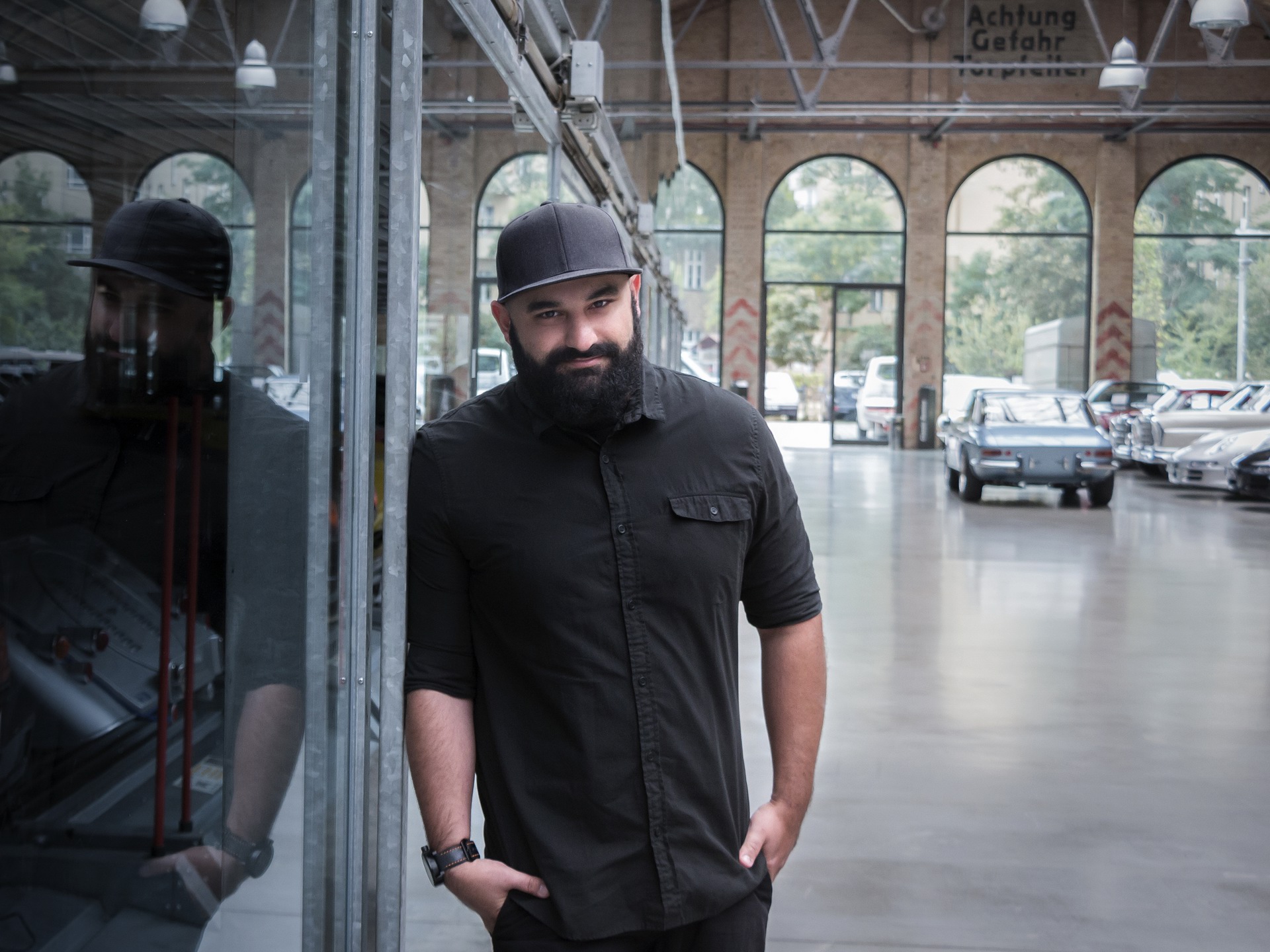 Countless individuals over the last hundred years or so have in one way or another tried their hand at automotive design. They’ve sketched something on a napkin maybe and then forgotten it forever.

Of these droves, very few have been designers by trade. Fewer still have had the skill and circumstances that allow them to have a hand in hypercars that one day become real moving and driving pieces of automotive royalty. One of those very very few is Sasha Selipanov.

Though far from done, Selipanov has already made a lasting impact in the history of automotive design. That includes a stop at Lamborghini where he played a role in the design of the Huracan before moving on to Bugatti where he led the exterior design team that created the Chiron and the Vision Gran Turismo.

Read Also: Koenigsegg Launches A Modern Version Of The CC8S Called The CC850

He then moved on to Genesis where he helped the brand mint its design identity though stunning work like that of the Genesis Essentia. Most recently, he served as the head of design at Koenigsegg where he penned the Gemera four-seater hypercar before working on the new CC850. Recently, he sat down with Carscoops to talk about automotive design and his unique vision.

CS: When designing a car like the CC850, what facets of the CC8 design stood out as foundational (things you knew you would keep for the CC850)? How did you decide what to update?

SP: This was done very much hand in hand with Christian von Koenigsegg. The original CC8S was a very important milestone for the company and for the sports car industry so celebrating its design while also modernizing it was a fascinating challenge. Luckily the man responsible for the original was very much involved in the new incarnation as well.

From the design side I tried to contribute a more modern surfacing approach, improved volumes, toned muscles, a modern, technical design language on the interior… all aimed at giving the car a restrained yet purposeful look, striving for something timeless and pure. We had an amazing team working on that project, the best I ever experienced. Ultimately, it feels that the CC850 is a bit of an antidote to the mainstream trend in the hyper car world where “more” is often seen as better.

CS: After wanting to work with Koenigsegg for years before it actually happened you’ve now had many years and multiple successful projects there. How did reality compare to the dream?

SP: I am very fortunate. For a sports car fanatic to have designed for Lamborghini and Bugatti already felt like a dream come true. However, since the early 2000s I dreamed of working at Koenigsegg. Something about that company’s no-nonsense approach to sports cars combined with a rebellious attitude felt just right to me. The years spent at Koenigsegg were among the most valuable in my professional life.

I learned a great deal from the team there and from Christian von Koenigsegg personally. It was also a very productive time in my career with an opportunity to lead a great team, to design and contribute to the cars I am super proud of. Gemera and CC850 are both very special to me as they resonate with my personal taste even more than the previous projects I was responsible for.

CS: How have recent innovations in material science, production methods, and engineering influenced your work over the last five years?

SP: While there are tons of exciting advances happening in these fields I don’t think it is the innovations themselves that have influenced my work. Rather it is the belief that good design cannot exist outside of the constraints and freedoms offered by material science, production methods and engineering.

Car companies today have grown so large, they operate as silos: engineers and designers work separately, each focused on their topics, fighting for their interests. Often the designers are focused primarily on aesthetics and do not have much say in things like vehicle architecture or product placement strategy.

This was not the case back in the day. Great designers (Giugiaro for example) used to be far more involved in the development of the complete car, they also knew much more about the whole process.

I am inspired by this old-school way of working. I love going as in depth as possible, “nerding out” on all the awesome engineering, packaging, performance, stress analysis, aerodynamics, light-weighting, ergonomics, human factors, logistics, production, marketing, sales, customer interaction and, and, and!

CS: As a gearhead, what do you think about EVs, and what’s the hardest part about designing an EV?

SP: I would say that EVs offer an improvement over ICE platforms for passenger/family cars in every conceivable way. You get more usable space for the occupants and luggage, a longer wheelbase with shorter overhangs, bigger wheels, and (with modern battery cells and clever packaging) a neat and compact skateboard for the drivetrain. No sentimental feelings for the old-school ICE daily commuters. 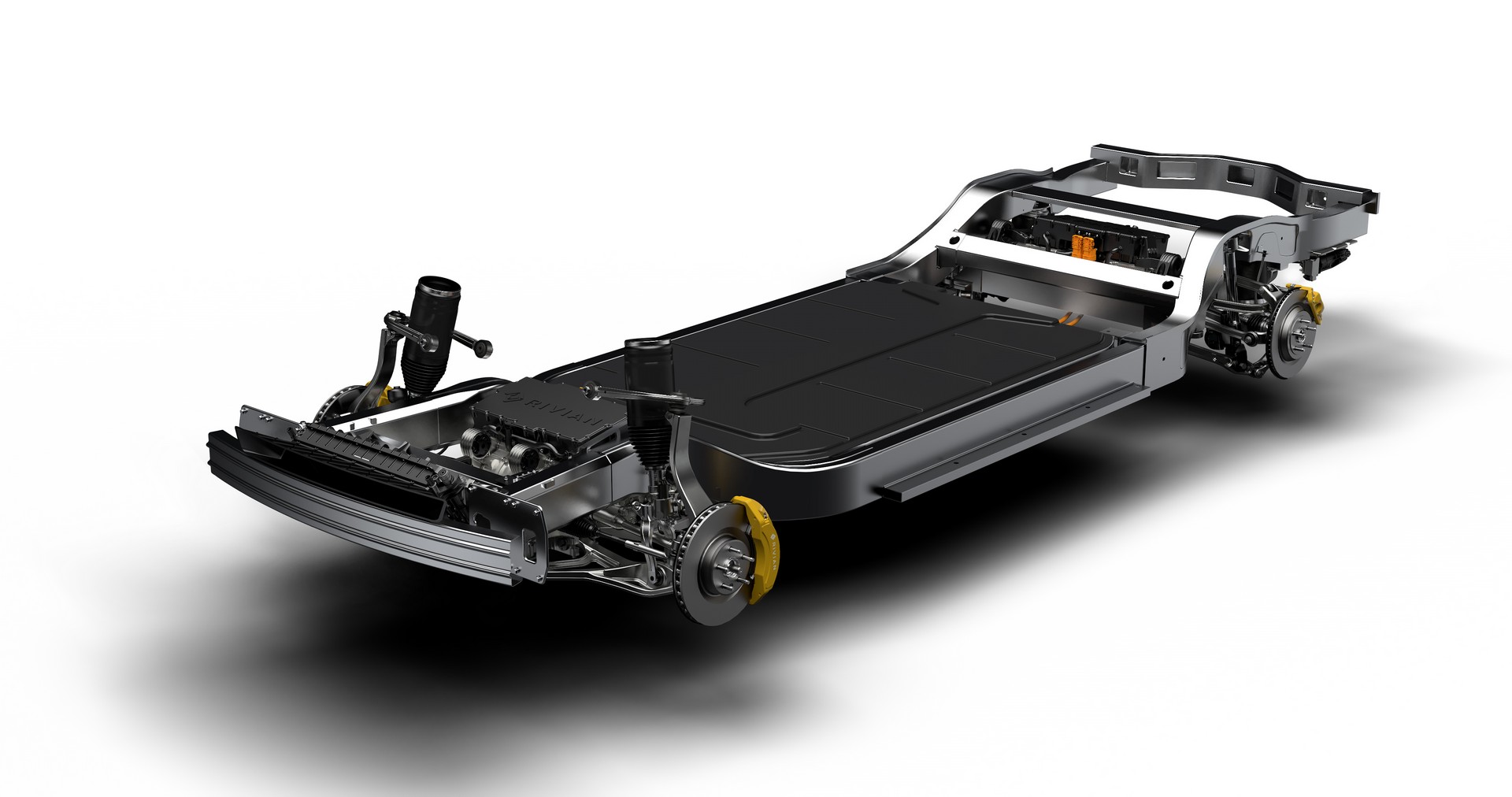 It is in the performance car and hypercar worlds where the EVs face a bit more of an uphill battle. While the performance is certainly taken to new heights (think of Lucid Air’s Goodwood hill climb time) we still need to come up with ways to make up for some of the old-school automotive drama, the smells, the sounds, and vibrations that have gone missing. I might have a few ideas on how this can be done… There are a couple of projects in the pipeline at the moment that will hopefully address this topic.

SP: Definitely the “fashionization” of car design. When I look at architecture, product design, consumer electronics, and other neighboring creative fields I find them much less trend-conscious, and much less fashion driven. The “form follows function” philosophy is alive and well when it comes to our iPhones and MacBooks. In comparison, I feel that car design has become very aesthetics focused which in a way makes it cheap, replaceable, and disposable. 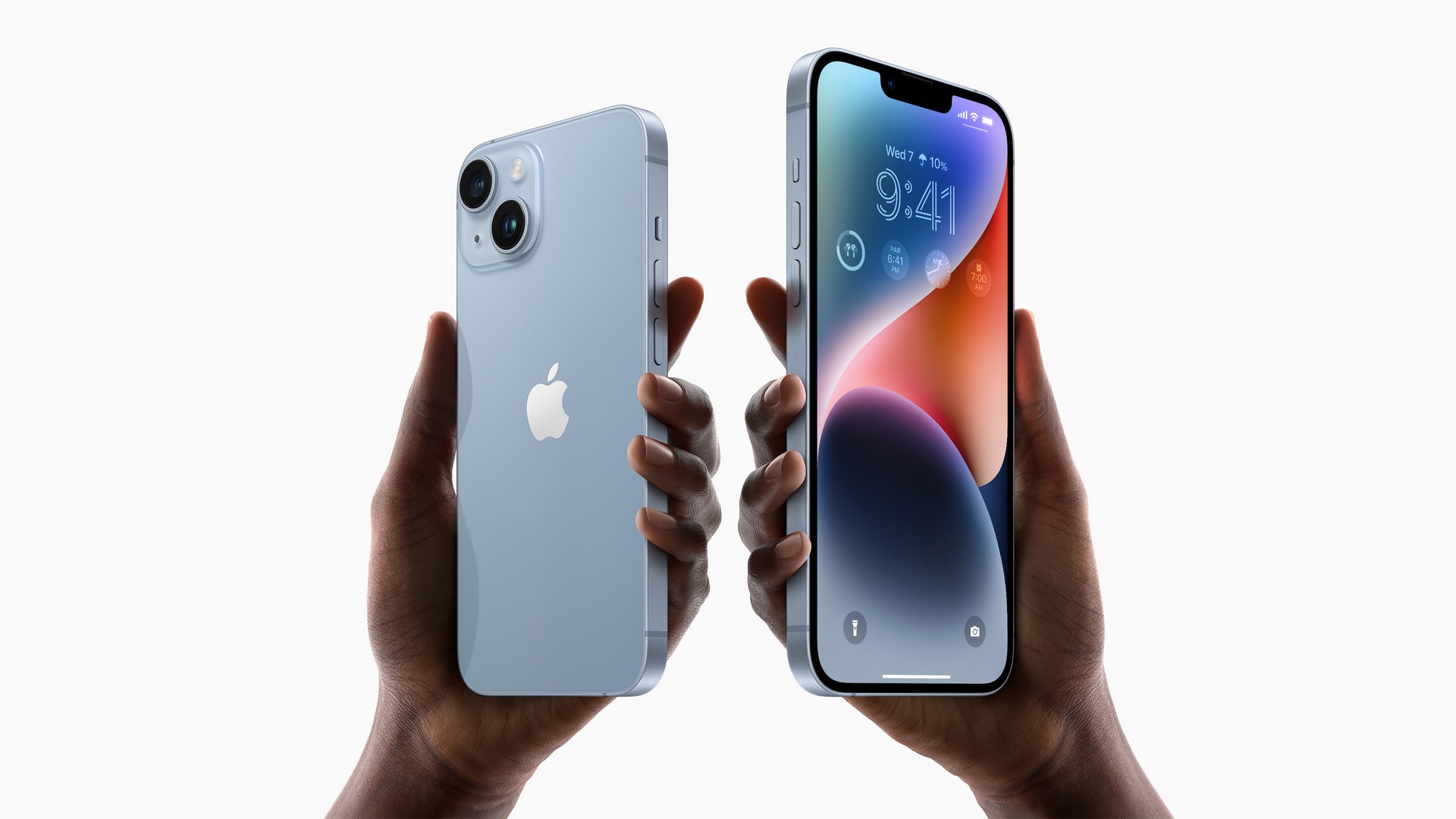 True beauty is lost in a sea of facelifts and segment-filling derivatives. There are certainly exceptions, some of the EV startups have delivered super-inspired designs, but, as a whole, I feel the automotive industry would do well to refocus from shorter product cycles and marketing-driven “sporty and emotional” styling towards truly sustainable, long-lasting sober designs.

CS: What are some of your favorite EV designs?

SP: For me, the work that my friends at Canoo, Lucid, and Polestar have done really stands out. I have always been a fan of the “less is more” approach in design and what these three brands are doing just feels right.

CS: You’ve said that your idea of good design has changed and is no longer one of focusing on just what “looks cool”. How do you prioritize the different aspects of design from brand image to functionality to feasibility, etc?

SP: I try to see a car from the most zoomed-out vantage point possible. What sort of vehicle is it? What is its primary function, and what is its place in the world? Is it a robust and functional tool or a world record-beating athlete, a small business problem solver, or a family friend ready for anything you throw at it? 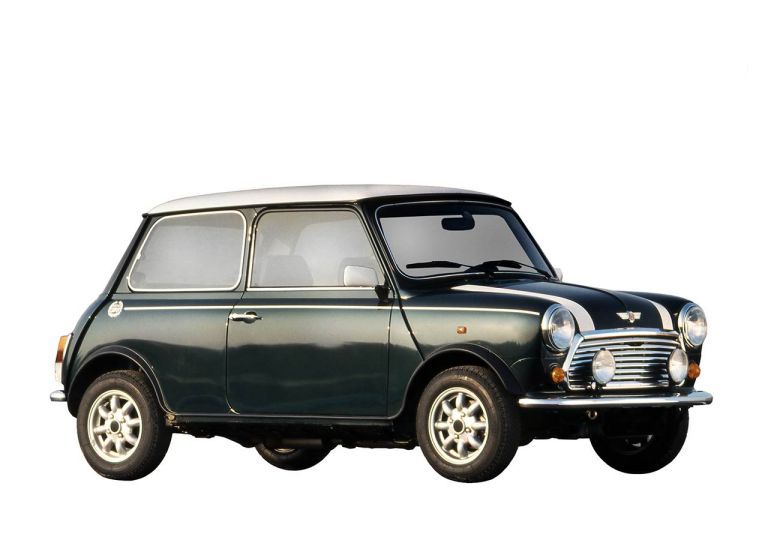 I think the best cars in the world are those that achieve this sense of harmony between aesthetics and function, they are beautiful in a holistic kind of way. It does not matter if we speak of the Defender, the Mini, the original Golf or the 330 P4, all these cars are at peace with their true nature and this is why they look iconic and beautiful.

CS: Is there a particular segment or type of car that you see as the most difficult to design?

SP: Cars which do not have a clear mission are very difficult to design. The difficulties come not from the outright design challenges of sculpting volumes or applying graphics. Project brief should ideally generate a strong emotional response. Otherwise, it can be difficult to find a shape for something that feels bland, contrived, and confused.

CS: Which designers influenced you most as you grew up?

SP: I was not too influenced by designers as a kid. Information about car design was in short supply in the ’90s in post-Soviet Russia. I loved sports cars and mainly Ferraris. All sorts of different Ferraris from all the different eras. Various 250s, sports prototypes, ’80s supercars, and lots of different Formula Ones. I remember being so disappointed with the lazy and unspectacular design of the F50. 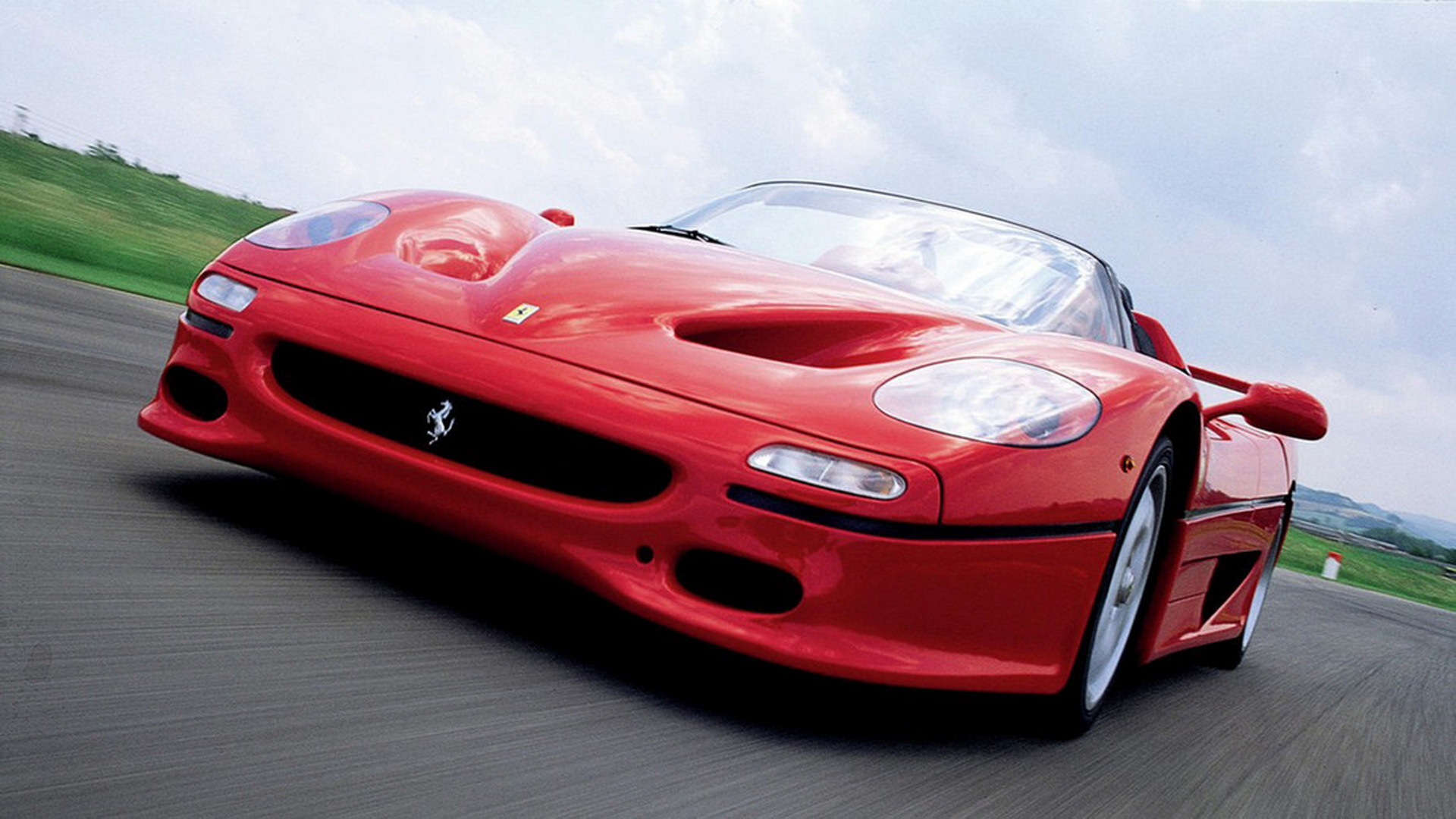 It was only at Art Center College of Design that I started learning about the people behind the cars. In college I had a few great influences, vividly remember Ken Okuyama’s class on car architecture and Derek Jenkins’ mentorship during my Volkswagen Design Center California internship.

Later in my career I was fortunate to work with and learn from some of the best names in the industry: Walter De Silva, Thomas Ingenlath, Peter Schreyer, Achim Anscheidt, Luc Donckerwolke and most recently Christian von Koenigsegg. All of them had a big impact on my development as a designer.

CS: We all love classic supercars like the Miura and F40, but what’s your all-time favorite mainstream car design?

SP: All sorts of favorites, hard to boil down to just one. Golf Mk1, Alfa (Bertone) GTV, Datsun 510, Lada Niva, Lancia Delta Integrale, Land Rover Defender, Golf Mk4, the original Mini, Audi A2… so many great cars! But of course I am obsessed with sports cars and there is nothing that compares to the emotions I feel when I see a GT40 or a 312P. The list of sports cars I love is extremely long.

SP: R35 GT-R: 90 percent of Bugatti Veyron’s performance for something like 3 percent of the price. For some, Its looks are an acquired taste but I have always been a fan. R35 instantly became my dream car when it came out. Obsession started with a 10th scale Tamiya RC in 2008 or 2009.

SP: My GT-R is almost stock. It has 15mm spacers front and back and a beautiful y-pipe that Ben Shaffer (Bulletproof Automotive, Unplugged Performance) sent my way. The car has always felt fast enough but now it also sounds great.

CS: Back in May, you mentioned that it was time for a new mission. Can you share more about your that mission?

SP: Unfortunately, It is too early to speak of my next project in full detail. Together with my new team, we are working on some very exciting cars for some very special companies which will be revealed when the time comes. Additionally, I am always aiming at something big. My whole life has been about chasing dreams, no reason to stop now. 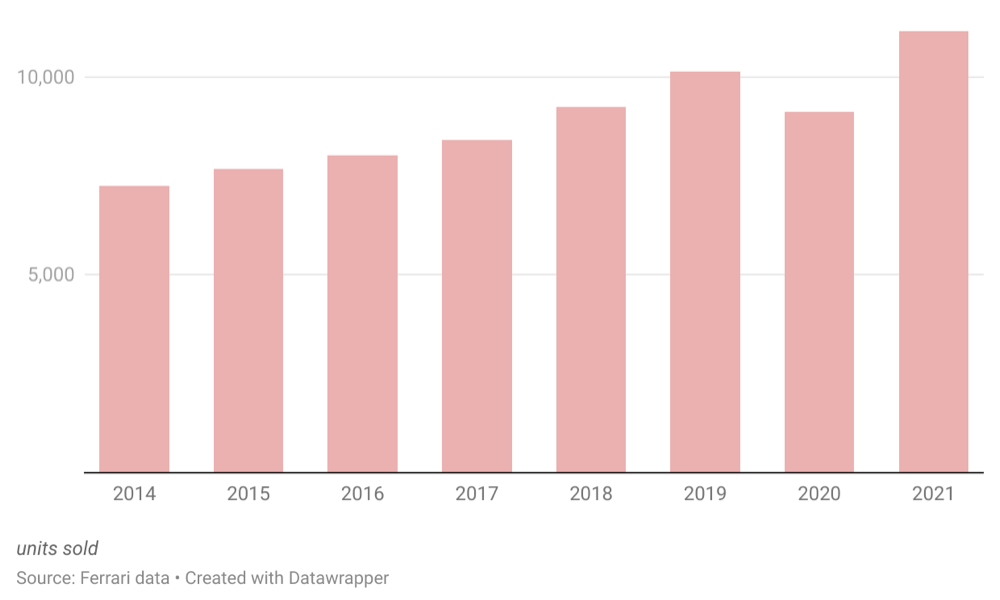